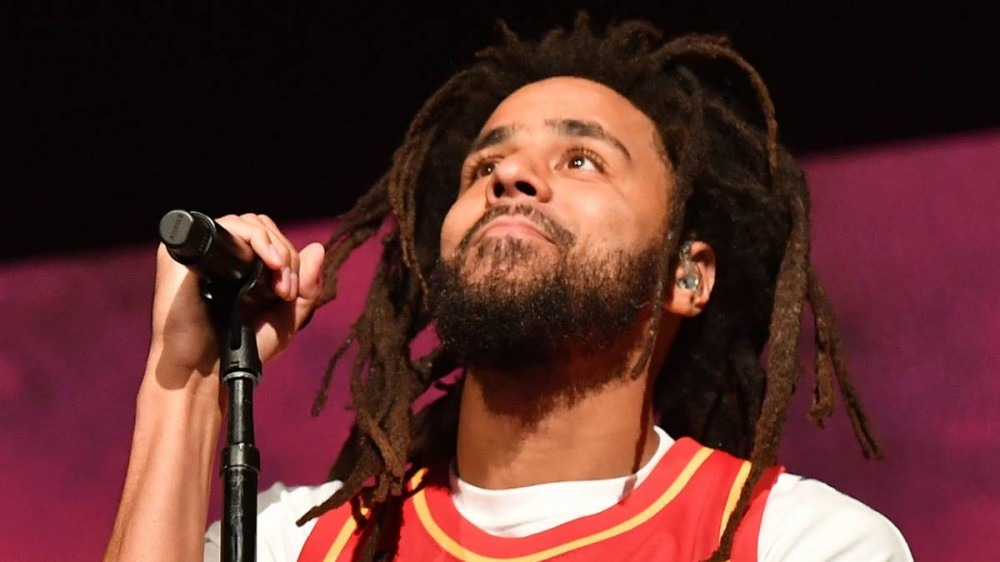 J. Cole performed a headlining set at Rolling Loud New York in the pouring rain on Saturday (October 30), running through music from his vast catalog including his most recent album, The Off-Season. Before performing his Bas collaboration “100 Mil’,” he admitted the song doesn’t completely tell the truth.

“This next song contains a high level of, it’s a large amount, it’s a very big quantity of cap in this next song,” J. Cole began on stage. “I ain’t gon’ lie, I’m doing a lot of cappin’ in this next song. It’s a lot of exaggeration of the truth. But the spirit of this song, the message behind this muthafuckin’ song, is 100 percent true.”

He continued, “What this song is about is, it don’t matter how fucking far you get in this life, how successful you become, how much money you make, don’t lose that fucking hunger, that drive, that passion for that shit that got you there in the first fucking place. New York City, don’t do it.”

While it’s unclear what J. Cole is exaggerating about, the song’s verses find him comparing himself to LeBron James and considering himself to be on the Mount Rushmore of rap. Cole produced “100 Mil’” alongside T-Minus, who also worked on three other songs on The Off-Season. The track peaked at No. 16 on the Billboard Hot 100 chart on May 29.

Speaking to Slam Magazine in May, J. Cole described his latest album as “the work that it takes to get to the highest height.” He continued, “The Off-Season represents the many hours and months and years it took to get to top form. Just like in basketball, what you see him do in the court, that shit was worked on in the summertime.