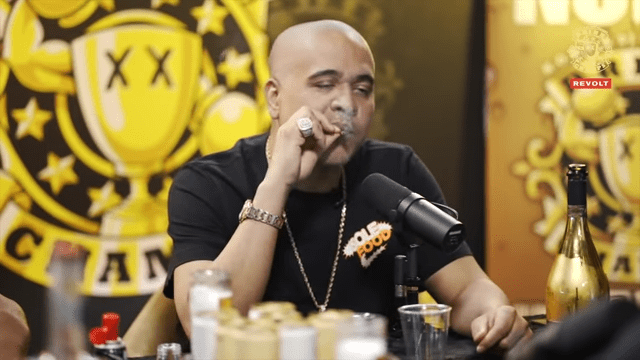 Irv Gotti became the talk of the internet following his Drink Champs interview earlier this month. The Murder Inc. founder had used the episode to basically talk about his relationship and escapades with Ashanti, ultimately admitting that he was hurt by her and still hasn’t gotten over it.

Irv recently took to the comments section in Instagram where he announced that he would no longer be answering questions about Ashanti.

The Shade Room had posted a clip of an interviewer asking Irv why he kept answering questions about Ashanti, to which he replied: “Cause that’s why. You askin’ me. Did I bring Ashanti up? You did it. Here’s what I’m going to say. I wish Ashanti nothing but the best. I’m not hooked on her, like ‘I can’t get over her.’ It’s none of that shit.”

He went on to add: “I got paid to do a documentary on my life and on Murder Inc. If I didn’t talk about Ashanti, you would have been like what kind of bullshit is this that he didn’t speak about her. She’s too important to Murder Inc. and his life. They tried to #MeToo me. You know what the fuck they said. Stop it Shade Room. You the shadiest ones.”

“Oh. Please believe. It’s gonna be NO COMMENT from here on end,” he replied. “Haha. But I felt like at least trying to make y’all understand. Moving forward. It will be limited interviews and about of no comments. I tell the truth cause I want the people to know the real. But honestly. Y’all don’t give a fuck about the truth.

“Y’all gonna say and do whatever y’all want. So why keep giving y’all the real. It’s to be like everyone else. Lie to y’all. Alter the truth. Or don’t say shit to y’all and keep you in the dark. Hahaha I got slandered for telling y’all the absolute truth. Lol.”

Gotti was put under fire for the most recent episode of the Murder Inc. documentary on BET. Gotti was labeled a “predator” for sexualizing a then 19 year old Ashanti and saying that he kissed her and “grabbed her ass.”