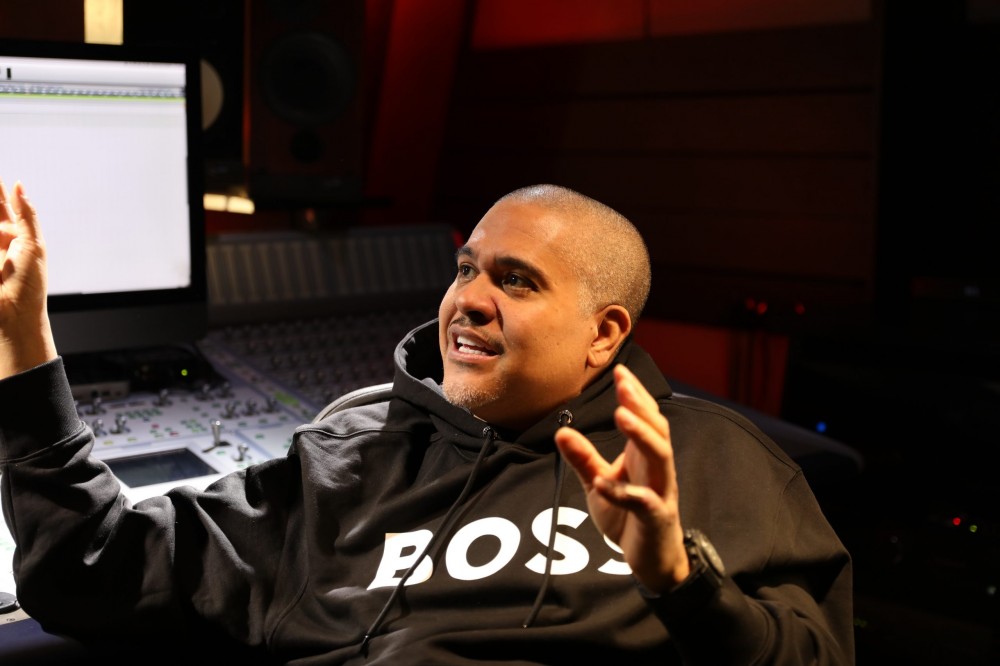 Business mogul and producer Irv Gotti, born Irving Domingo Lorenzo Jr. has been in a number of headlines recently revealing details of his past relationship with Ashanti, the early days of his career in the music industry, and the creation of Murder, Inc. just ahead of The Murder Inc Story five-part documentary series premiere.

The Murder Inc Story premieres on Tuesday, August 9 at 9PM ET on BET.

The five-part documentary will examine Irv Gotti’s initial success as a music executive at Def Jam and how he masterminded a new label that would forever shift and influence the music industry for generations to come.

Murder, Inc. Records played a pivotal role in launching careers of some of the most influential voices in Hip Hop, Soul, and R&B, including Ja Rule, Ashanti, Lloyd, Charli Baltimore, Vita, Black Child, Caddillac Tah, and many more.

The documentary will not only cover the music of Murder, Inc, but also the drama surrounding the label. From feuds with Aftermath, Shady and  G-Unit Records, along with the federal charges he faced, Gotti, 52 is finally ready to reveal his authorized untold story of the rise, sudden fall, and redemption of his iconic record label..

The Source’s KimSoMajor caught up with Irv Gotti via zoom from his home in New York for a passionate and transparent discussion on the future of his company, Visionary Ideas Entertainment, learning what his purpose is, the upcoming Murder Inc. docu-series, why he would not do a reunion tour without Ashanti and much more.

What’s the biggest reason that you wanted the Murder, Inc. documentary to come out and why now?

The biggest reason is I felt it was a great time for me. I felt the ups and downs. The story needed to be told.  Because people have been wanting me to do a doc — Been because they just like how I run my mouth. I’m a pretty good interview piece cuz I just keep it real. Right. But I felt this cuz, I knew I was on my way back up Kim. And I’m on my way back up. Even bigger than the legendary sh*t that I’ve done. Because now I’m doing it, not only in music, but movies and films and I’m owning it, you know?

When people say, ‘the universe is aligning,’ you know, when you hear that kind of bullsh*t —it is aligning for me. Yeah. [Laughs] That bullsh*t is, it’s kind of real for me and things just started falling into place and they’re continuing to fall into place with this doc and Tales following the doc, the one, two punch, I love Tuesday 9 and 10 PM on BET. So I just felt like it felt right. It felt right to tell my story because I have the come up part. I have the success. I have the Def Jam. Then the feds, Kenneth “Supreme” McGriff, the downfall. What should have been my downfall of 50 [Cent] bombing on me. If the feds wasn’t enough, it’s 50 bombing on me. I’m supposed to be buried and done. And then low and behold I’m coming back like a hundred times stronger.

Also, I wanted to tell my story as an inspiration and I know this is gonna sound corny, but it’s real. I wanted kids and my ni**as to see and hear my story because when I was filming it, one of the execs at BET —I almost moved to tears cuz she was like, I want my son to see this. My son has to see this. And I was like, why? “Cuz” she said, “Yo, you’re saying everything that he’s going through.” And what I was saying was until my dad got laid off, I was f**king off life.

I wasn’t applying myself. I wasn’t taking it serious. So what I said to the viewers and everyone that watches, it’s like, I take myself out of being Irv Gotti, and I basically compare myself to them and I’m like, Yo, I was just like you, I’m 22 years old. I’m playing f**king John Madden 93 for money at a barber shop. And that’s my day. I’m f**king off life. I’m not taking it serious. I had the same talent that I have now, but I wasn’t applying myself. I wasn’t going for it.

That’s what launched you into a savage?

Yeah, my dad was gonna get a pension and his job fired him and I’m at home. And I don’t know why God put me to see this, but he put me to see this. And you know, my dad is talking to my mom and he’s like, “I got no education like that.” He says, “Like, I don’t know what’s gonna happen to us or me,” and that sh*t just put a fire in me, Kim, that still burns right now.

I’m glad that you mentioned that because I wanted to ask you what you felt your meaning and the purpose is. But just taking it back to those earlier moments, I seen a clip where you gave your dad the keys and just the emotion over it. I wanted to tear up. What was that feeling like?

I’m gonna talk about my dad. If I start crying, I start crying, but you know, my dad, —I just, love the f*ck out of him, Kim, him and Nene. ….So that moment is an immortal moment for me because it was the first time I seen my dad cry. He’s crying and he was hugging me and he was like, “My boy, my boy,” he was so f**king happy. And it wasn’t about the car. It was about, my boy is a man. He was like, my boy is a man.

It meant the world to me. He means the world to me. And I give him and Nene all of the credit and all of the props for me because I could honestly say if my dad didn’t get fired, I probably would’ve still been in that stupid ass barber shop playing Sega. And it wouldn’t no Irv Gotti.

Check out the full interview where we get into Irv’s $300M deal and his plans for his company, Visionary Ideas Entertainment and more.

Be sure to catch Tales , following the The Murder Inc Story Tuesdays at 9PM ET on BET.