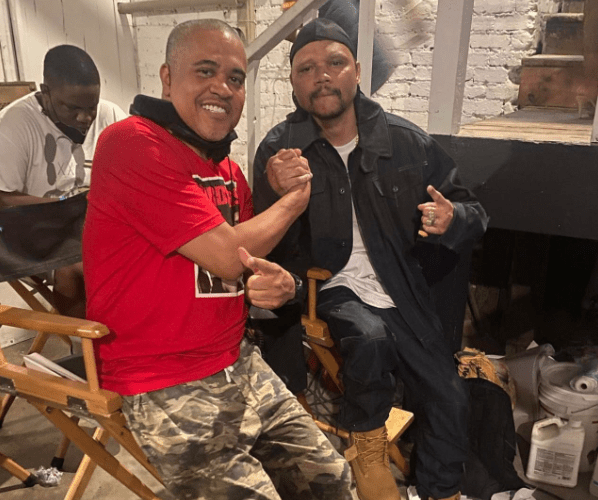 Legendary actor De’Aundre Bonds was recently hired by music executive and producer Irv Gotti, for his new film, “Tales Presents: We Made It In America.” The two have linked up in Georgia for work. It was back in April of last year, when NY rapper 50 Cent and De’Aundre got into a social media bicker. 50 Cent stated “Every now and then I get a hater,” “note to self, never give this n!66a a job Fuck outta here.” Irv decided to not listen to 50 and give De’Aundre a chance.

Gotti’s new film,” We Made It In America” was produced and funded by himself. The film is to be released in January of 2023. Gotti’s team started working on the project earlier this week. Besides the new film, De’Aundre is getting himself prepared for Snowfall’s 6th season in which he will return to the screen as Skully. De’Aundre is also gathering up for his highly anticipated autobiography and cannabis line, Stacey OG, which is set to release later this year.