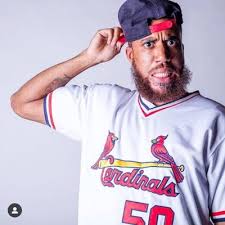 Robert “Robbo Brilliant” Page is a St. Louis MO native with a unique perspective on his upbringing in “Walnut Park West” – the city’s most dangerous & impoverished neighborhood – and Hip Hop. No stranger to adversity, Robbo overcame bad decisions (which landed him a 14-month prison stint), and unfortunate circumstances due to his surroundings, when his daughter, Madison, was born in 2015. And after turning to music as his scapegoat.

His collaboration with Atlanta’s 808 Mafia production crew, “Flippin” earned Robbo a space in the game as he continues to solidify it. This Fall, Robbo unveiled visuals for his single, “From The Lou” which also served as a tribute to Michael Brown – a Missouri native who was gunned down by law enforcement.

As he gears up for new releases heading into the new year, Robbo gave us an exclusive look into who he is, his music, and more.