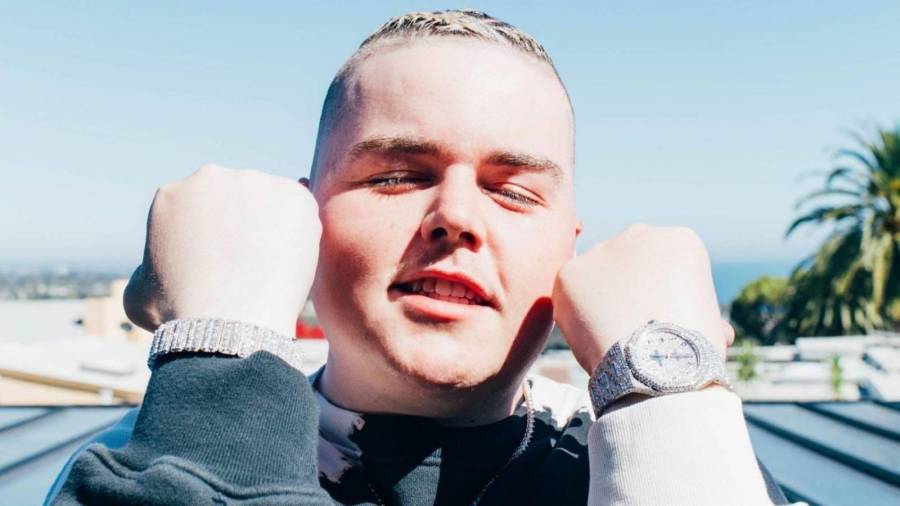 The guys over at Internet Money have been leaving their mark in the Hip Hop game lately with their extensive resume of producing straight Hip Hop bangers for an A-list roster of rappers. Their debut studio album, B4 The Storm, reintroduced the crew as a Hip Hop collective, and it’s filled with collaborations with Trippie Redd, Young Nudy, Iann Dior, Lil Mosey, Future, the late Juice WRLD, Wiz Khalifa and more.

One of the standout songs off B4 The Storm has been giving the collective a massive buzz. They got together with Gunna for the bouncy, summer record “Lemonade,” with accompanying features by Nav and Don Toliver. The record entered the Billboard Hot 100, steadily climbed the ranks peaking at number 10, and critics labeled it one of the songs of the summer.

During his conversation with HipHopDX, Taz Taylor, founder of the Internet Money label and collective, spoke on the song’s massive success and went behind the creation of the summer bop.

“My favorite song on B4 The Storm is definitely hands down ‘Lemonade.’ I wake up every day, and I never get tired listening to Lemonade, bro,” said Taylor. “Like, when I made that record, that’s the one where it was like some crazy-ass Harry Potter shit. Like when we made that song, the wind was going in the room, we felt wind like, ‘What is this?’

With tracks like these, the room for artists, and producers, to push the success of the song as much as possible, is large, and “Lemonade” is no different. There’s already a remix with Roddy Ricch blazing through his verse, and Taz has plans to release even more remixes. The group sparked up rumors of a Latin remix when their Twitter page recently liked a tweet with a video of Reggaeton star Anuel AA singing the hit single in a restaurant.

Y'all ready for this Latin remix ??? 🍋 pic.twitter.com/5nOZRxtocU

“We’re going to do a shit ton of remixes, and it’s not like we’re doing it to milk it. No, we’re doing it because people were just fans of the song, bro, and Ozuna just reached out the other day,” Taylor revealed. “I think it just goes to show how catchy the song is that everyone wants to be a part of it and have a piece of it in some way. I know we’re working on an African one too, and we’re going to do like EDM shit.”

“I’m trying to do a million different little versions of ‘Lemonade.’ The same way you look at Don, Roddy, Gunna and Nav on top of that in the same light,” Taylor continued. “Like, what would you imagine the African version of ‘Lemonade’ would be? What do you think the EDM version of that would be? It’s one of the biggest hooks of the year, so you could really go back with dance songs with just, ‘Off the juice, codeine.’ It’s just catchy, and it works.”

Check back for more of our conversation with Taz Taylor from Internet Money. In the meantime, follow him on Instagram @thetaztaylor.