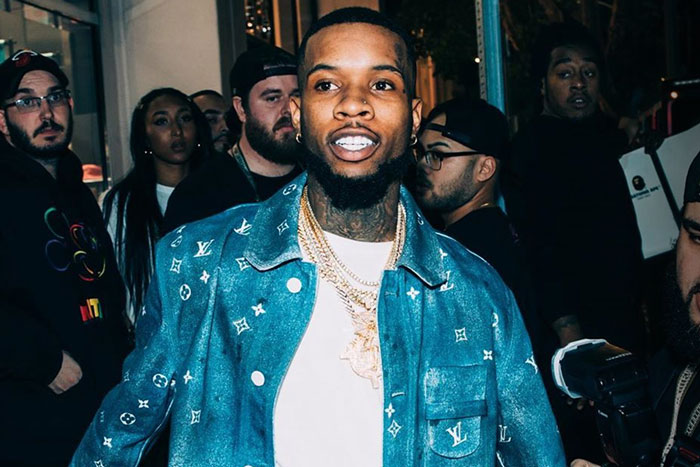 Tory Lanez’s Quarantine Radio was yanked off the air on Tuesday.

The popular show has become a phenomenon on Instagram Live amid the quarantine, with viewership levels reaching as high as 350,000. Drake, Justin Bieber, Chris Brown, and Bryson Tiller have all made appearances. Tory also regularly invites his female viewers to twerk, but some of his guests crossed the line by exposing too much of themselves. After violating Instagram’s terms with the racy display, his account was temporarily blocked from going live for a week until April 14.

“We restrict certain content and actions to protect our community,” read a message from Instagram, which Tory shared with his followers.

After losing his live privileges, Tory took to Twitter to start the #FreeTory movement. He also launched a second Instagram account @TheQuarantineRadio, which was also disabled. “We will be back #FreeTory,” he vowed.

During an interview with The Shade Room, Instagram CEO Adam Mosseri revealed why the social media giant disabled his account. “Quarantine Radio is not banned,” he said. “But you can’t have nudity on Instagram. It’s part of our community guidelines. It’s part of the rules and we can’t make exceptions. And on a couple of those lives yesterday for a few of those accounts, there was nudity, so we had to stop the live. There’s a short period of time when you can’t go live again. We have to stick to the rules, otherwise, why do we have them?”

Mosseri, who’s a fan of Quarantine Radio, is hopeful that the show returns as long as it sticks to the guidelines. “I hope it comes back soon, just no nudity,” he added.

The CEO of Instagram explains why Tory Lanez’s Quarantine Radio was shut down yesterday pic.twitter.com/tlZLwoLQpA