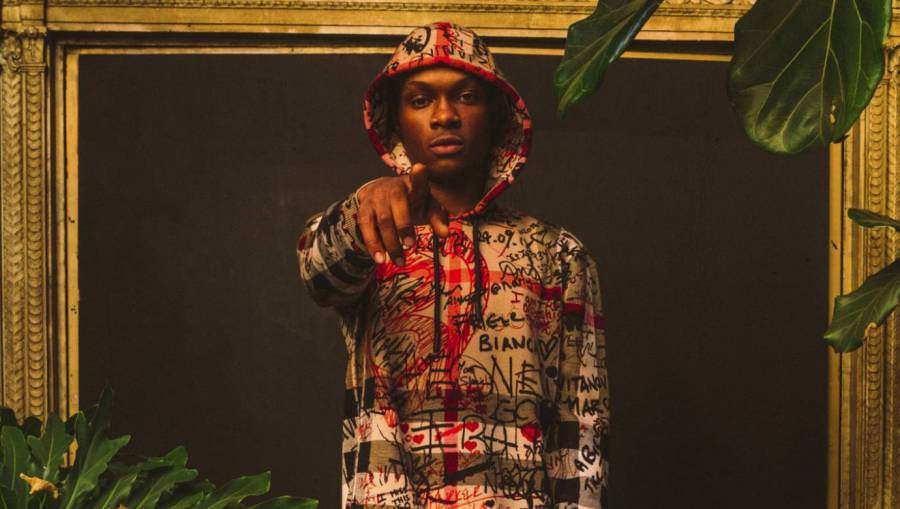 Lil Eazzyy is living his best life. The 18-year-old Chicago rapper struck gold after a viral Instagram freestyle morphed into his hit single “Onna Come Up.” Since then, he’s been rolling joints at Scott Storch’s estate, Facetiming with Lil Eazy-E and schooling people on Lyrical Lemonade’s basketball court.

But before the RapCaviar placements and Sirius XM Hip Hop Nation spins, Eazzyy’s main concern was making the high school basketball team. As a freshman at Homewood-Flossmoor, a prominent school for athletics, Eazzyy played in AAU tournaments and worked with a trainer to secure his place on the team but didn’t make the roster after the final cuts.

Realizing his ceiling as a basketball player existed, he began to write rhymes in his spare time, influenced by the early 2010s Chicago drill wave created by Pac Man and further popularized by Chief Keef, King Louie and Lil Durk, among others. While he enjoyed listening to these artists, he drew more influence from Polo G, Lil Bibby and G-Herbo, his favorite rapper. Over the phone with HipHopDX, Eazzyy says he wouldn’t be rapping if it wasn’t for Herbo’s 2014 breakout mixtape, Welcome To Fazoland.

“It kind of made me want to just go out there and try it,” Eazzyy says. “I didn’t start rapping with the thought that I was going to take this shit all the way and do it a hundred percent. I just kind of got in it to see what happens. But after my first day in the studio, my engineer was like, ‘bro, people don’t really come in with this much experience.’ It was crazy.”

Eazzyy gravitated towards Herbo’s music because it reflected his life in South Side Chicago. Early on, he lived with his dad in the city but moved to the suburbs with his mom at 11-years-old. Despite leaving the inner city, Eazzyy says he still encountered problems.

“People don’t understand, it’s violence everywhere, and it gets really bad out here in the suburbs,” Eazzyy says, “There’s been a lot of killing. A lot of students died that went to my school. It gets crazy out here, and we close to Indiana, so it’s easier for us to get guns. So, bro, the suburbs are terrible.”

He raps about those circumstances on his first EP, 2 Eazyy. The six-track project features Eazzyy spitting lines like a young Herbo, speeding his flow up as he tries to fit as many syllables as possible into his bars about internet haters, violence in South Side Chicago and dreams of living like Herbo and Lil Bibby. It came out in 2019 and has 815 plays on Spinrilla. His follow up EP Underrated, released a year later on November 20th, 2020, has put him at 3.2 million monthly listeners on Spotify.

On Underrated, Eazzyy raps about his rise, proving his doubters wrong and dealing with envy from his peers. On “Feeling Different,” Eazzyy takes aim at people looking to come up off his success, and haters who didn’t believe he would make it in rap. Other times, like on “For33,” he grapples with the loss of his friend, (“Same place where we played at they took you out of here.”) He’s the result of what happens when a kid grows up listening to the tension-filled flow of G-Herbo and mixes it with the melodic melancholy of Polo G.

Amid shopping for a new place to live in either New York, Atlanta, or Los Angeles, the recent high school graduate is still trying to adjust to the sudden rush of fame. Despite his Instagram notifications blowing up after the aforementioned viral freestyle, he didn’t realize the traction he was getting until taking his first trip to Cali.

“I was just walking down the street, and I guess one of my fans was eating, and then she was like, what the fuck? That’s Lil Eazzyy!’” Eazzyy says. “And it kind of threw me off. Like I never heard somebody get surprised that I was around. That made me feel like, ‘wow, people actually know who I am.’”