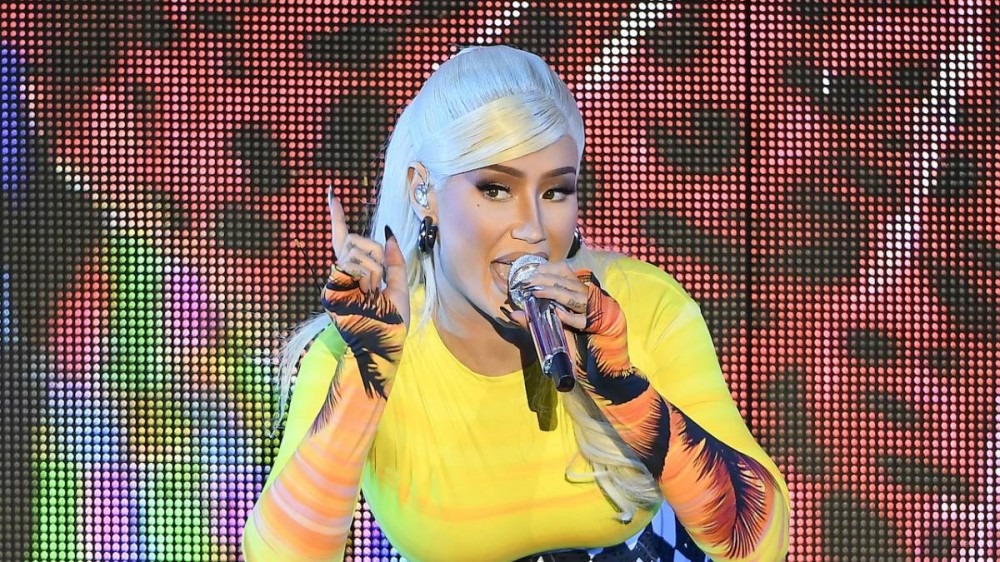 Iggy Azalea has cleared the air regarding a “feud” that never was with Nicki Minaj. Iggy responded to the New York Post‘s article summing up all of Nicki’s past beefs and wondered why her name was included when she’s been supportive of the Queens icon.

“Why am I in this? We’ve never said anything bad about one another. Y’all weird,” the “Fancy” rapper wrote hours before Nicki was honored with the Video Vanguard Award at the 2022 MTV VMAs.

Why am I in this?
We’ve never said anything bad about one another. Y’all weird.

The Post‘s article alleged that Iggy sniped at Nicki for her BET Awards performance in 2010 and then Nicki subliminally dissed IA while accepting a BET Award four years later.

Iggy Azalea was caught off-guard by the article as she’s been highly complimentary of Nicki recently and gave a positive review of Nicki’s No. 1 hit “Super Freaky Girl.”

“Super Freaky Girl is a really well written song,” she wrote. “Like, it’s constructed to be a hit and it’s BIG sounding.”

Super Freaky Girl is a really well written song. Like, it’s constructed to be a hit and it’s BIG sounding.

Iggy Azalea also responded to a viral clip of her choosing Cardi B over Nicki in an interview with Power 106 by explaining that she likes both artists.

“I can like whatever music i want lmaoooooooooo. A song is a song,” she wrote. “I’m not part of y’all weirdo lol wars.”

That part.
I can like whatever music i want lmaoooooooooo. A song is a song,
I’m not part of y’all weirdo lol wars

Iggy and Nicki have yet to collaborate on a song, but there’s still hope as Azalea ended her brief rap retirement earlier in August.

“A year ago I was willing to walk away from music because I was tired of the negative energy it attracted,” she tweeted. “But what I’ve learned is that even when I’m minding my business, y’all gonna be negative AND nosey.”

She added: “So if I can’t have peace, neither can you. I’m coming back. Cry about it.”

Nicki Minaj was honored with the Michael Jackson Video Vanguard Award at this year’s VMAs, which were held at New Jersey’s Prudential Center on Sunday night (August 28).

While accepting the prestigious award, Nicki showed her gratitude to those who influenced her artistry and helped propel her career.