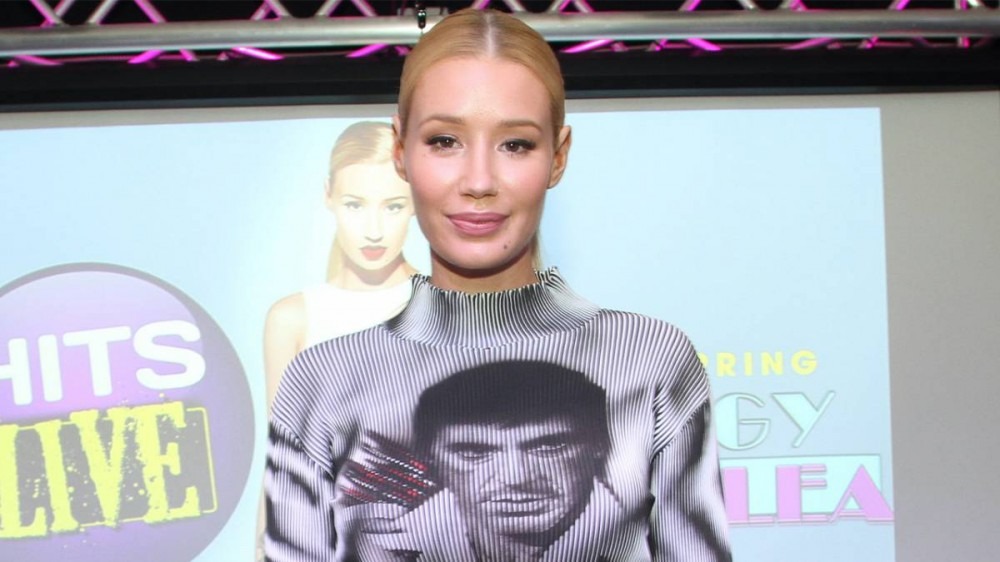 Iggy Azalea has revealed the cover art for her upcoming album The End of An Era ahead of its expected release on August 13.

For it, she pays homage to the classic 1983 film Scarface by including the statue from the iconic final scene. Instead, she swaps out ‘The World Is Yours’ for her own album title.

“Standard edition cover art to my album: The End Of An Era,” she wrote to her 14.8 million Instagram followers. “Releasing Aug 13. Can anyone connect the reference? I’ve been a bit tony obsessed since my first tour…”

Iggy Azalea’s love of Scarface has been no secret over the years. The Australia rapper quoted the movie’s main character Tony Montana — played by Al Pacino — on the intro to her 2018 song “Kream” featuring Tyga.

“First you get the money, then you get the power, respect,” she says on the Ronny J-produced track. “Hoes come last.”

Other famous Scarface references in Hip Hop include The LOX’s “Money, Power, Respect” featuring DMX and Lil Kim, along with Nipsey Hussle’s “Last Time That I Checc’d” featuring YG.

Not only has Iggy Azalea included the film in her music, but she’s also worn dresses with Tony Montana prints on multiple occasions.

The End of an Era was giving me Scarface & hotel iggy vibes from her first tour so here’s throwbacks of @IGGYAZALEA wearing Scarface clothes ❤️‍🔥 #TEOAE #IGGYAZALEA pic.twitter.com/hS4gMNpLdD

In July, Iggy Azalea took to Twitter to reveal she’ll be focusing on ventures outside of music following the release of her new album. However, she’s still planning to go on tour.

“End of an Era is so special to me because after I drop my album next month iam going to take a few years to focus on other creative projects and things I’m feeling passionate and inspired by, beyond music,” she wrote. “I’m excited for you guys to see different sides to me in the future.”

She continued, “Shifting my energy and focus to what I’m most excited about is what is right for me and I hope you’ll continue to support whatever creative projects I’m out here doing! I really love this album and I just want my fans to enjoy this with me. I hope I see so many of you on tour!”