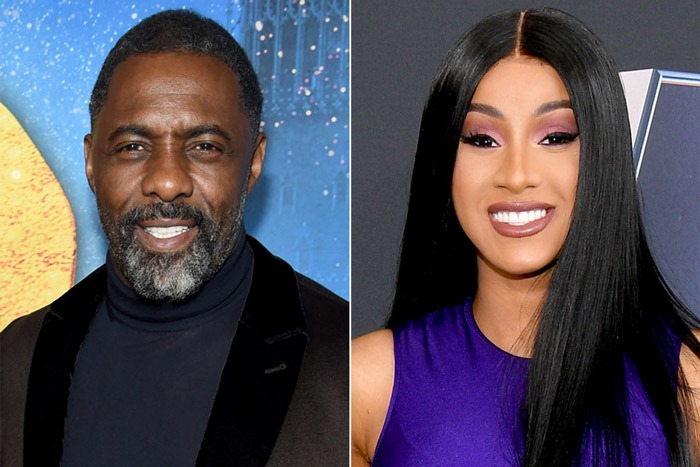 Idris Elba is shooting down claims that he was paid to say he has the coronavirus.

The actor recently revealed that he and his wife Sabrina Dhowre tested positive for COVID-19. While the couple received widespread support after going public with their diagnosis, they also faced some scrutiny.

Now the former “Wire” star is firing back at his critics, some of whom thought he received preferential treatment because of his celebrity status. “I think that the negativity around test shaming is like counterproductive. I don’t see what people get out of that,” he said.

Idris Elba responds to Cardi B’s claim that Celebrities are being paid to say that they have Coronavirus https://t.co/ulPgddpIAG pic.twitter.com/h79cGQOzdb

Elba scoffed at the idea that he would be paid, saying the conspiracy theory can have dangerous impacts. “And also this idea that someone like myself is gonna be paid to say I’ve got coronavirus. That’s like absolute bullshit, such stupidness,” he said. “And people wanna spread that as if it’s like news. That’s stupid. It’s the quickest way to get people sick. There’s no benefit to me and Sabrina sitting there saying we’ve got it and we ain’t got it. I don’t even understand the logic of that.”

While speaking with Oprah for an episode of “Oprah Talks: COVID-19” on Apple TV, he also warned of the dangers of spreading misinformation. “I’d rather go out with a positive, knowing that other people benefited from, you know, the messaging that we’re trying to put out,” said Elba. “You know, stop trolling people, stop sending misinformation. Stop, you know, writing these incredible stories about, you know, conspiracy theories.”