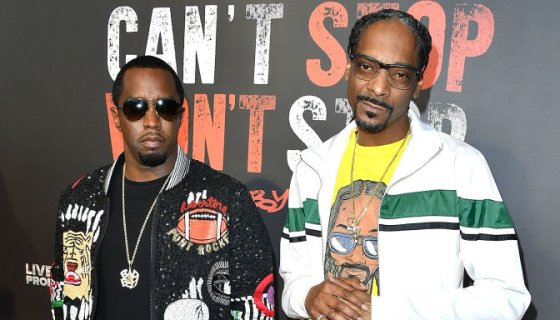 Snoop Dogg and Diddy are teasing a possible collaboration.

After acquiring Death Row Records, Snoop posted a short film that included a call from Diddy, giving praise to the rapper who he says taught him how to play “chess, not checkers.”

“Congratulations king, great move, great move,” Diddy told the “Lodi Dodi” rapper, who responded, “You taught me how to play chess, not checkers.”

Snoop said they can do what they want now with Death Row and Bad Boy.

This epic moment would have seemed impossible at one time, as the east coast and west coast labels had beef with each other that went public on an airing of The Source Awards in 1995.

At the time Death Row’s owner Marion “Suge” Knight, took a blatant jab at Bad Boy Records founder Sean “Puffy” Combs aka Diddy after accepting the Best Movie Soundtrack of the Year award for the Above The Rim soundtrack.

With the awards taken place in NYC, the venue erupted with boos as Suge walked off the stage with Source’s coveted Mic and the momentum of the coastal beef only increased ten fold following this moment.

We’re glad to see things have come full circle in Hip Hop and this Death Row/Bad Boy collaboration will go down in Hip Hop history.