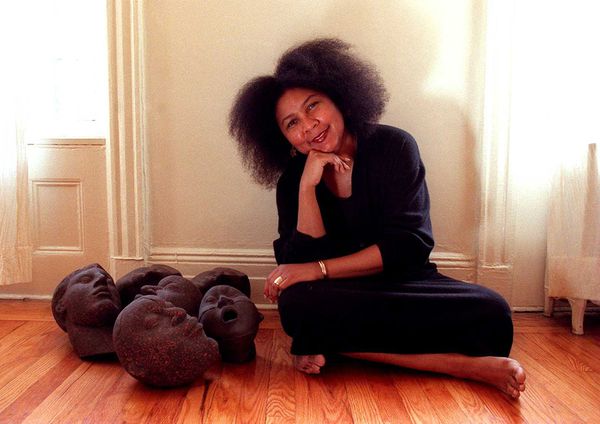 The beloved author, radical feminist, and poet known as bell hooks has tranisitioned. ‘bell hooks’, whose real name is Gloria Jean Watkins, died on Wednesday at the age of 69.

She adopted the ‘bell hooks’ moniker as a tribute to her maternal great-grandmother whose name was Bell Blair Hooks. Allegedly, hooks didn’t capitalize her name because she wanted the public to focus on her ideas and not her persona.

The ‘hooks’ family announced her death in an official statement through William Morrow Publishers. Additional details were not immediately available, although according to multiple reports, a close friend and colleague, Dr. Linda Strong-Leek said that she had been ill for a long time.

“To be loving is to be open to grief, to be touched by sorrow, even sorrow that is unending.” bell hooks wrote in “All About Love,” published in 1991.

‘bell hooks’ intellectual explorations of how race, gender, economics and politics intertwined has helped shape academic and communal debates for over the past 40 years.

“We chart our lives by everything we remember from the mundane moment to the majestic. We know ourselves through the art and act of remembering,” she described in “Belonging: A Culture of Place,” published in 2009.

‘hooks’ has penned over 34 books in her lifetime that influenced countless expressions and helped provide a framework for conversations on race, class and feminism.

Her works and speeches on feminism, particularly Black woman-centered feminism, made her presence even more important in a white, female-dominated space.

She also wrote poetry and children’s stories and appeared in such documentaries as “Black Is … Black Ain’t” and “Hillbilly.”

Kentucky’s Berea College, a liberal arts institution where she most recently worked, issued the statement below to The Associated Press.

“She was a giant, no nonsense person who lived by her own rules, and spoke her own truth in a time when Black people, and women especially, did not feel empowered to do that.”

“It was a privilege to know her, and the world is a lesser place today because she is gone. There will never be another bell hooks.”

Like a lot of Black women, I know and including myself admired the brilliance and bravery of the Kentucky native. Everyone can learn from ‘hooks’ but as a Black woman it always felt like she was writing directly to and for us. She challenged us to imagine a bolder future. Her impact is undeniable and her legacy will live on.

People all over the world took to Twitter to grieve the tragic loss by sharing how the trailblazer’s advocacy and work impacted them.