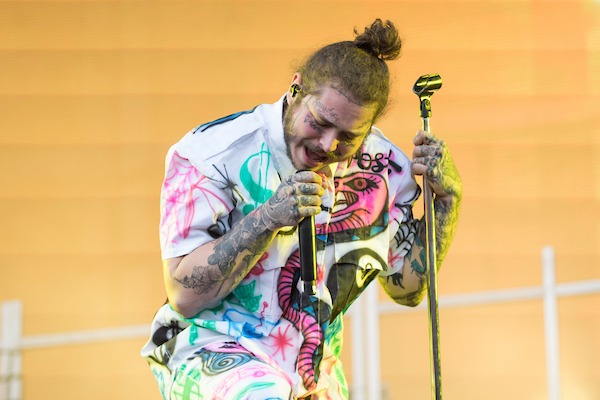 Post Malone spoke to Billboard where he spoke to the title and what’s coming in the music.

“Trying to shove 20 to 25 songs, it doesn’t work,” Posty said. “Talking to the label [it’s like], ‘Oh, if you have less songs, you’re not going to stream as much,’ but the whole thing is that you don’t want to compromise your art and your gut vibe on anything. I’ve made a lot of compromises, especially musically, but now I don’t feel like I want to anymore. I don’t need a No. 1; that doesn’t matter to me no more, and at a point, it did.”

Salute to Post Malone for sticking to his guns. Earlier this month, Post Malone’s manager, Dre London, teased how the album was being held back by his label. “Our sync & energy always on a Insane level,” London said. “Album has been done!! We Ready!! But seems @republicrecords @universalmusicgroup isn’t Posty fans no more need to press me anymore we did our part!”

Perhaps the streaming note is a nod to the label struggle? You can peep the full cover story below.