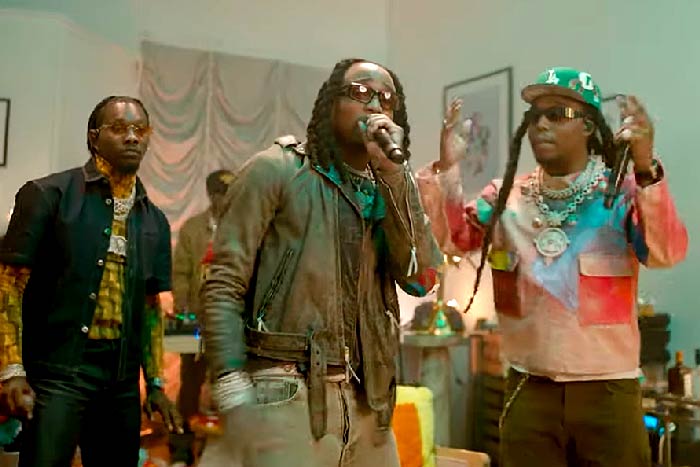 Migos takes it back to the bando in Tiny Desk concert series.

The Migos are bringing the trap to NPR. On Wednesday, the trio appeared on the latest installment of NPR’s Tiny Desk (Home) concert series. The concert series is known for their striped down, intimate setting, live performances.

In the YouTube clip, the Migos performed three tracks from their Culture III album including “Straightenin,” “Birthday,” and “Avalanche.”

The production value raised with legendary producer collective 1500 or Nothin’ alongside The Migos mainstay DJ Durel.

“You rockin’ with the greatest group of all time,” Quavo declares toward the end of their performance.

Culture III dropped back in June and debuted at Number 2 on the Billboard 200 Chart behind Polo G’s Hall of Fame.