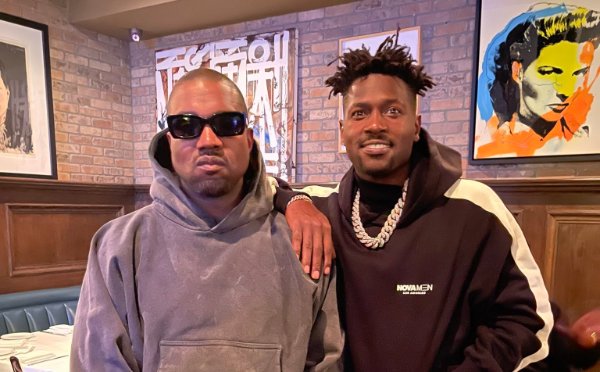 According to the statement, he’ll help Kanye and social media personality Justin LaBoy bring “an athlete’s perspective to all areas of the organization.”

“Former NFL Pro-Bowler and Super Bowl champion Antonio Brown joins DONDA Sports where he will join Ye and Justin LaBoy to bring an athlete’s perspective to all aspects of the organization.”

“DONDA Sports was founded with the vision of providing holistic support to athletes during and beyond their sport’s career.”

“When the game is done, DONDA Sports is not done with you.”

This news follows the veteran wide receiver’s mid game exit and permanent departure from the Tampa Bay Buccaneers over 2 weeks ago.

Brown said his sudden exit was due to Buccaneers head coach Bruce Arians telling him to leave after he had told the coach he couldn’t keep playing due to injury.

Since the incident, AB and his attorney, Sean Burstyn, have threatened to file a lawsuit against the Buccaneers for wrongful termination and defamation.

Burstyn claimed that an MRI showed Brown had broken bone fragments, a ligament tear, and loss of cartilage.