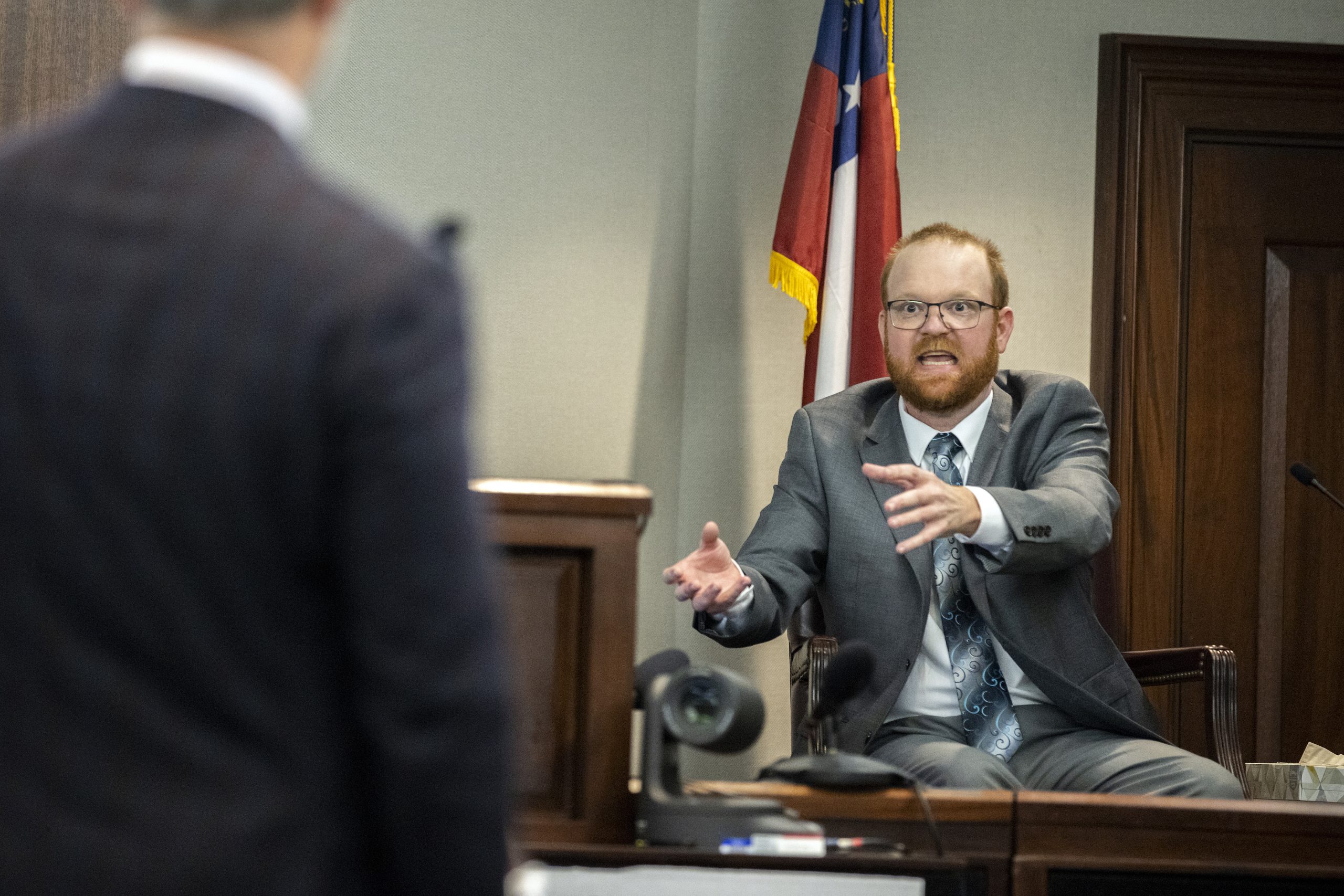 One of three men on trial for the murder of Ahmaud Arbery in Georgia is testifies in his own defense.

Gregory McMichael, his son Travis McMichael, and William “Roddie” Bryan Junior are on trial for killing 25-year-old Ahmaud Arbery while he was out for a jog.

Travis McMichael took the stand on Wednesday as the defense began presenting its case. He said he saw Arbery acting suspicious in the neighborhood on the day of the shooting.

The defense contends Travis McMichael shot Ahmaud Arbery in self-defense after they wrestled over his shotgun while the three tried to make a citizen’s arrest of Arbery.

Travis said that Arbery attacked him and grabbed his shotgun after he and his father pursued him in their Georgia neighborhood.

When asked by his attorney why he shot Arbery, McMichael responded:

“He had my gun. He struck me. It was obvious that he was attacking me, that if he would have gotten the shotgun from me, then this was a life or death situation, and I’m going to have to stop him from doing this, so I shot.”

He said he believed Arbery was the same man he’d seen “creeping” outside a nearby unfinished house and that he might have broken in there.

The trial is taking place before a disproportionately white jury at the Glynn County courthouse in the port city of Brunswick.

Potential jurors expressed concerns about remaining anonymous should they be seated on the jury. Their particular worries were over the size of the community and intense public interest in this high-profile trial. Fearing to become identified in the media and would face personal repercussions after rendering a verdict.

“Mr. Travis McMichael killed my son all on assumptions. He didn’t know where Ahmaud was coming from or what Ahmaud had done. He just took actions into his own hands.” Arbery’s mother, Wanda Cooper-Jones, shared with reporters after the testimony.

The prosecutor’s cross-examination is scheduled to resume Thursday morning.

Was it helpful or hurtful for Travis McMichael to testifies in his own defense? Share your thoughts with us on social media.