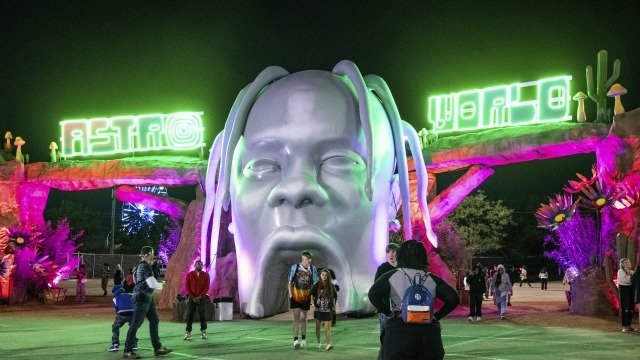 Congress will launch an investigation into the Astroworld concert that claimed the lives of 10 people.

The House Oversight Committee hearing will focus on Live Nation’s role in the planning and safety of the November event. The committee is requesting information from the entertainment company by early January, with a briefing to follow.

CNN reported, in a letter to Live Nation, the congress committee said,

“Recent reports raise serious concerns about whether your company took adequate steps to ensure the safety of the 50,000 concertgoers who attended Astroworld Festival. The panel noted reports of inadequate security and medical staff at the venue, the placement of barricades, and a failure to heed warning signs.”

Travis Scott breaks his silence on all the events that occurred that fatal night in an exclusive interview with Power 105’s Charlamagne Tha God.

According to reports, what happened during Travis Scott’s Astroworld festival follows a long line of other tragic events involving Live Nation. The entertainment company has faced lawsuits over safety issues in the past.

Records on the OSHA website show that Live Nation has been fined or sued on a variety of issues over the past decade. Including an incident in 2018 when someone was struck in the head by a 6-foot metal post and hospitalized.

In an incident in 2012, an employee died after falling through a “false ceiling” on a stage. The person wasn’t wearing any safety belts or other protection.

Due to the horrific injuries and fatal casualties at Astroworld, Travis Scott, Drake, and Live Nation are currently named in multiple lawsuits upwards of two billion dollars.