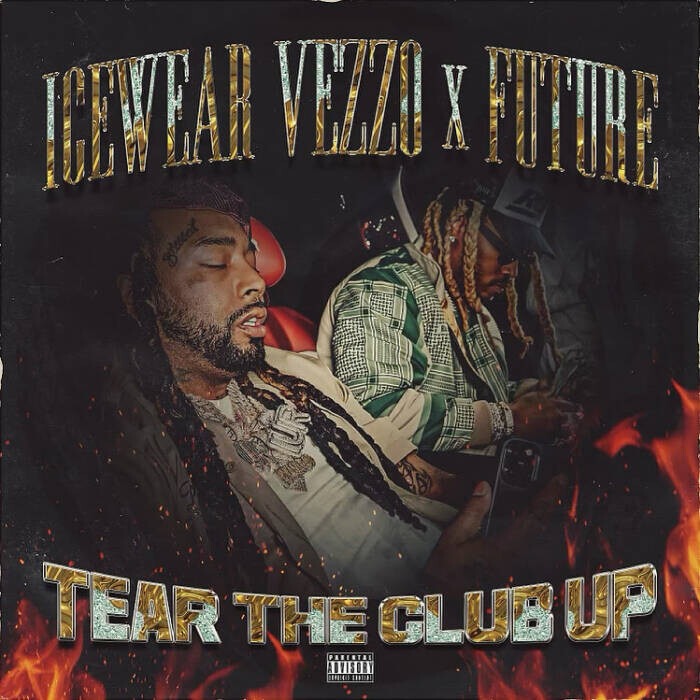 In addition to his heavy stature in the rap game, Vezzo makes moves as an entrepreneur in multiple industries. He’s the owner of his own label Iced Up Records, recently launched the Iced Up Films, a production company whose first film Price Of Love (starring Vezzo himself) is available for rent on Amazon, and is the CEO of his own clothing company Drank God Clothing. Though he’s a self-made man, Vezzo never forgets to give back–his company Iced Up Realty focuses on providing affordable housing in the Detroit community in which he was raised, and he teamed up with his mom to start The Detroit Rappers Organization, which is heavily involved in seasonal giveaways and field trips for Detroit’s youth.

Using his conversational drawl to tell quintessential hustler stories, icewear Vezzo is always on his grind. Connecting with a trap superstar for his latest video single, Vezzo shares “Tear The Club Up.” The new song finds the Detroit heavy-hitter bringing Future into his sonic realm, marked by ominous low-note pianos and accented handclaps. Both emcees spend the song listening to the devil on their shoulders, comparing their experiences with lean and preparing to tear the club up with their womanizing ways. In the video, releasing at 4pm, Vezzo and Future live up to the song’s title, connecting with their crews in one of ATL’s finest nightlife establishments.

“Tear The Club Up” is the first new song from Rich Off Pints 2, the sequel to Vezzo’s successful recent mixtape Rich Off Pints. Paying tribute to his hometown scene as he celebrates the success for which he worked so hard, Rich Off Pints reverberates with the sounds of Detroit area sound architects like Max Beats, Michigan Meech, Wayne, and more. Vezzo invites some of the most exciting Michigan rappers in the scene to share the spotlight with him, including Rio Da Yung OG, Peezy, Louie Ray, among many others.

Rich Off Pints is home to introspective highlights like  “Still With Me” (“Used to have sh*t to live for, now I have plenty reasons,” spits Vezzo on the track), and hard-hitting bangers like “Choppy Talk” and “Kobe Bryant” ft. EST Gee, which earned praise from Pitchfork. The 16-track effort charted on the Billboard Heatseekers chart, and propelled the artist to #9 on Rolling Stone’s Breakthrough 25. With additional appearances from respected names like Trippie Redd, Lil Yachty, Dreezy, BIG 30, and more, Rich Off Pints tells Vezzo’s story while paying tribute to a Detroit scene he helped foster.

Promising a further exploration of his sound and even more high-profile collaborations, Rich Off Pints 2 continues Vezzo’s climb from from street-savvy striver to pillar of his community. Rich Off Pints 2 arrives in late July via Iced Up Records/Active Mindz Ent.