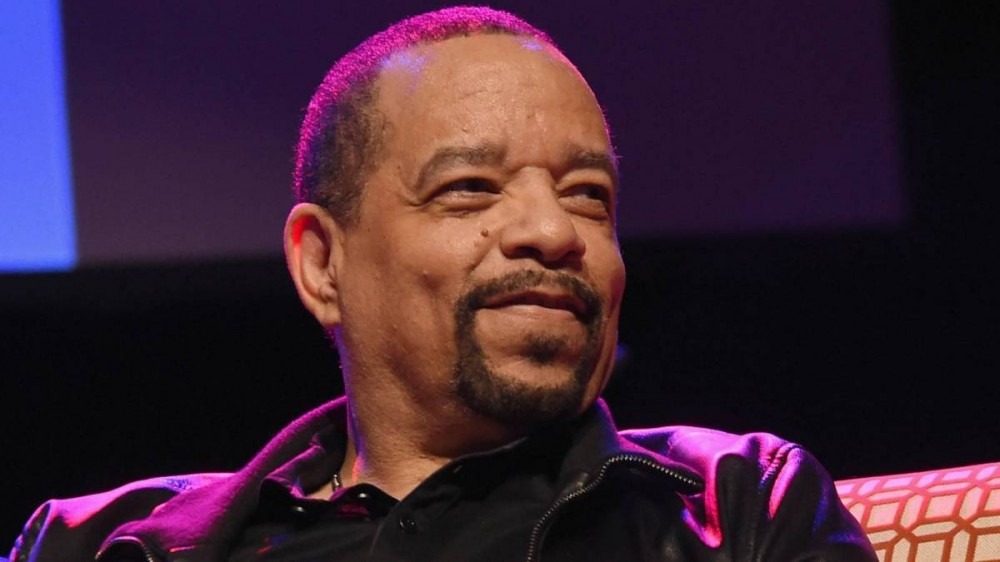 Phoenix, AZ – Ice-T has been indulging in his endorsement hustle over the past few years. With placements in several GEICO, CarShield, Cheerios and Tide commercials, the West Coast gangsta rap pioneer is making more money from ads than he is from touring these days. Now, the seasoned Law & Order: Special Victims Unit actor can add Raising Cane’s to the list.

One day ahead of National Ice Tea Day (June 9), the 63-year-old rapper/actor shared a photo of himself to Instagram working the cash register at a Raising Cane’s in Phoenix, Arizona — headset and all. He wrote in the caption, “FACT: Iced Tea is better served at @RaisingCanes by Ice-T… Let’s do this again sometime. #CaniacAmbassador.”

Ice-T also brought along his son Tracy Marrow (who he shares with ex-girlfriend and former model featured on his 1988 Power album Darlene Ortiz) for a few photo opportunities. They both posed alongside a cardboard cutout of the veteran MC that read, “Ice-T Knows Iced Tea.”

He added in the caption, “Check out @RaisingCanes. Iced Tea is Ice-T approved. Like father like son, Iced Tea runs in the family. @ICE_Marrow #CaniacAmbassador Live in Today in AZ.”

Check out @RaisingCanes Iced Tea is Ice-T approved. Like father like son, Iced Tea runs in the family @ICE_Marrow #CaniacAmbassador Live in Today in AZ pic.twitter.com/5WrCB9pbRc

In a July 2021 interview with HipHopDX, Ice-T talked about his lucrative side hustle and explained how his “Cop Killer” persona almost stopped it from happening.

“It was difficult because I’m the cop killer,” he said at the time. “Everybody in the mainstream was like, ‘They won’t fuck with you because you’re too taboo.’ And I was like, ‘Right.’ And then Snoop started knocking down walls. That’s my brother. So Snoop was going through doors and I’m like, ‘Look, Snoop’s making it through these doors, let’s try.’