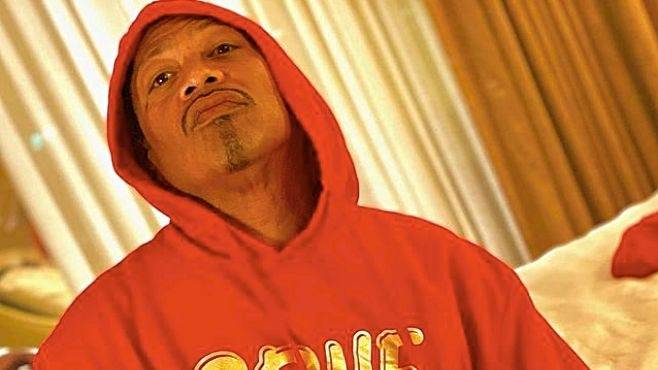 The COVID-19 pandemic has claimed nearly 280,000 lives in the United States, according to the most recent data from the Centers of Disease Control & Prevention (CDC).

Of course, the Hip Hop community isn’t immune and the virus has already taken Fred The Godson and New Orleans’ DJ Black N Mild, while threatening the lives of DJ Jazzy Jeff and the Geto Boys’ Scarface, to name a few.

“I just woke up to the terrible news,” he tweeted. “My very close homie ‘Gangsta Rid’ of Boo-Yaa Tribe passed away yesterday from Covid…so sad. My love and condolences go out to the family.”

I just woke up to the Terrible news.. My very close homie ‘Gangsta Rid’ of Boo-Yaa Tribe passed away yesterday from Covid… So sad. My love and condolences go out to the family. 🙏 pic.twitter.com/YgbJCmo44E

Born in the Los Angeles suburb of Carson, California, Gangxta Ridd (real name Paul Devoux) formed the Boo-Yaa T.R.I.B.E. in the late ’80s along with his brothers Vincent, Donald, Danny, Ted, David and Roscoe Devoux as a way to escape gang life.

In 1990, they unleashed their debut album New Funky Nation, which combined rap and live instrumentation, something that wasn’t really being done at the time. From there, they went on to release seven more studio albums, culminating with 2008’s Business As Usual.

On the side, the imposing Samoan brothers would moonlight as Eminem’s security guards. During an interview with an Australian radio station last month, the Tribe’s nephew Monsta Gunjah said they once stopped the Los Angeles Crips from extorting Eminem, which was reflected in the 2003 single “911” featuring Cypress Hill’s B-Real and Slim Shady.

B-Real later confirmed the story with HipHopDX, explaining, ” I didn’t think of the politics, he was just somebody I wanted to get down with because I love Em. He’s one of my favorite top three, and so I had a chance to work with him there, along with my family. It was a no brainer to me, and yeah, you know the politics I heard about it later, but Boo-Yaa washed that shit out for them. No one was fucking with those guys, you know?” If they got behind you and they said, ‘Hey, he’s with us,’ you don’t fuck with him. Nobody fucks with those guys.”

Tragedy struck in 2018 when Ted “Godfather” Devoux passed away at 55, although details surrounding his death weren’t divulged.

Tributes for Gangxta Ridd have started trickling in on social media. HipHopDX sends our condolences to Ridd’s family and friends.

REST IN PEACE to Gangsta Rid of Boo-Yaa Tribe who has passed away due to the coronavirus. 😢 My condolences to his family, friends and fans. https://t.co/ggyGj3UkuS