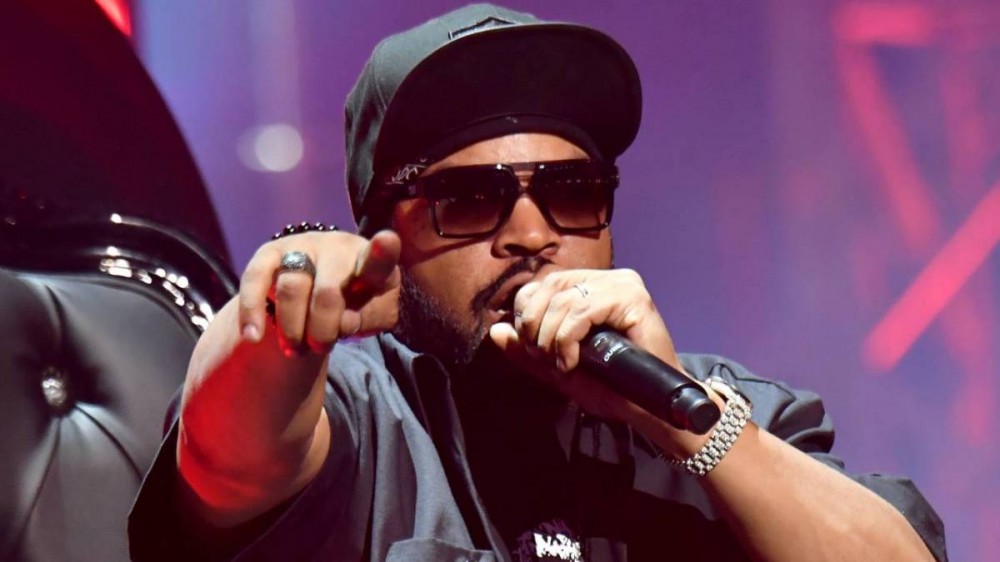 Ice Cube is a man of many hats. With the West Coast legend having his hand in numerous endeavors, he stopped by The Breakfast Club on Tuesday (July 6) for an all-encompassing interview with Charlamagne Tha God and Angela Yee to discuss the progress on his Contract With Black America, competing in a potential Verzuz battle, the Big 3 and the status of Mt. Westmore’s anticipated album.

“We getting our ducks in a row,” Cube said around the 18-minute mark when pressed about a potential Mt. Westmore album release date. “When we did Fight Club Triller, we had a lot of opportunities coming at us and we had to kind of sift through them and see what was the best route. I believe we figured it out so we getting cocked and loaded. We getting our visuals together because when we hit, we want to keep rolling.”

Ice Cube confirmed Dr. Dre will be making a guest appearance laying down a verse for the album but is unsure if his magician ways as a producer will be utilized as well alongside the supergroup consisting of West Coast OGs Cube, Snoop Dogg, E-40 and Too $hort.

“He rapped on it for sure. [Dre’s] definitely on the verse, but I’m not sure if he gave us any production,” the Los Angeles native stated.

HipHopDX broke the news in December of the supergroup’s forming and they debuted their first single with a performance at Triller Fight Club in April. Their album is expected to arrive later in 2021.

The “No Vaseline” rapper also touched on the progress he’s made with Contract With Black America since the one-year anniversary of its announcement is this week. Ice Cube says he’s spoken with Joe Biden’s senior advisor Cedric Richmond a couple of times but is waiting for the next meeting.

“We’re doing a lot of stuff behind the scenes, out of the public’s eye, because things get misconstrued when people chime in and they don’t know what they’re talking about,” Cube said. “We’ve got some interesting things we’re going to announce as soon as they develop. I just want to take it away from all the noise being made and really get some concrete things done, instead of all this talk and trolling back and forth.

“I see some progress being made, but the rubber’s still got to meet the road. What I learned with these companies is they talk a good game. They like to put out releases talking about how much money they’re contributing to these programs of diversity, but it’s all just press release stuff; when you really look into it, they’re doing nothing.”