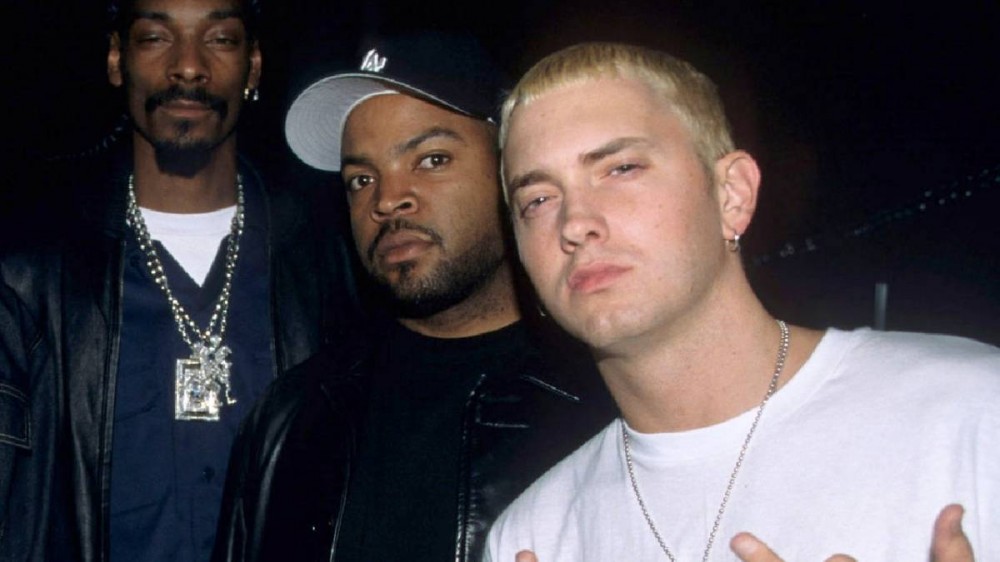 Ice Cube was part of one of the biggest tours in Hip Hop history in 2001 in the form of the Up in Smoke Tour. Together with Dr. Dre, Snoop Dogg and Eminem, the N.W.A legend hit the road for 44 shows across the U.S. alongside other big names such as Nate Dogg, Kurupt, Warren G and Xzibit.

During a recent interview with HipHopDX, Ice Cube reflected on the iconic tour having Eminem lower on the bill and what it was like to bring his sons with him.

“I think just the whole thing, not a standalone memory,” he said when asked about his favorite moment. “That was the first tour that I took my sons on. I’m like, ‘Y’all hanging with me. Y’all ’bout to grow up.’ And you know, I had them rolling with me, and just having the energy of all those humongous groups. I mean, at the time, Eminem was opening up, you know?! Like, after Warren G, Eminem was going on. So that just shows you the level that we were at, that we was on. He could’ve headlined.”

He added, “It’s just being with the best teams. You talk about the [U.S. Olympic] Dream Team or the ’90s Bulls, the ’80s Lakers, Shaq and Kobe… it’s up there. You know you’re at a point where it gets no better than this.”

“Without a doubt, and then going on tours after that with me,” he said. “I would let him go on stage and perform with me. Some kids got it… he just got it. He’s born for the stage. I knew he could do it as far as the rhyming and delivery and the projection. He came through with the acting.”

In April 2020, Xzibit told HipHopDX the Up in Smoke Tour felt like the rap Avengers and how grateful he was to be part of it.

“Imagine reading The Avengers comic book and then being in The Avengers,” he said about the career highlight. “Look, I gotta contain myself because I’m used to reading the back of these covers. I’m used to seeing them on TV and now we’re praying together, walking out on stage and the crowd is considering me a part of this family.”

He explained, “Dre came to me and said I got two options. ‘You can go on before Warren G or you can come out and do three songs during my set.’ What kind of choice is that? Muthafuckin’ right. What time I gotta be there?”