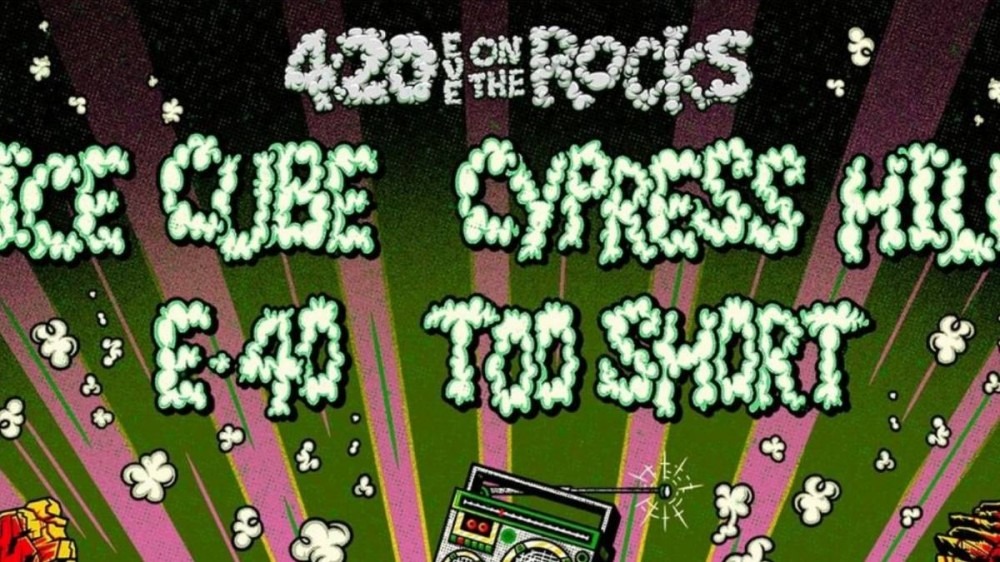 The international smoker’s holiday is creeping up again and Red Rocks Amphitheater is going to celebrate just like it does every year — with 420 On The Rocks.

The historic Colorado venue made the announcement on Wednesday (February 2) and revealed Ice Cube, Cypress Hill, E-40 and Too $hort are prepared to tear the roof off for the annual event as dubious amounts of weed smoke undoubtedly fill the air.

Presented by AEG Live and Cervantes Masterpiece, the show is scheduled to take place on April 19 in Morrison, just 17 miles away from Denver.

Red Rocks has hosted a myriad of 420 On The Rocks events over the years. In 2020, Ice Cube, Method Man, Redman and Action Bronson headlined the show, while 311, Method Man and Redman performed again just two years prior.

For that particular event, the show fell on April 19, two days after Redman’s 48th birthday and the entire entourage was in a celebratory mood. Speaking to HipHopDX backstage at the time, Method Man talked about the profound effect Redman had on his performances.

“I’m gonna keep it 100 — and I never told anybody this — my shows were so chaotic for lack of a better word,” he said. “I was in the crowd for most of my show, doing just ridiculous shit, trying to get a vibe or something to get to itself. Soon as I started performing with this dude [points to Redman], he kind of reeled me in.

“We used get into little … not fights … ’cause we never argued, but he would try and give me little jewels here and there like, ‘Look, son, you ain’t gotta do all that shit. You just be leaving us up onstage like that. You be leaving us stranded.’ And it wouldn’t sit in my head until one day, I said, ‘Fuck it. I’m a stay on stage. I’m a see how this shit work out.’ And I started watching them for one show and started imitating a lot of the shit he was doing. From there, it just locked in. It was just chemistry.”