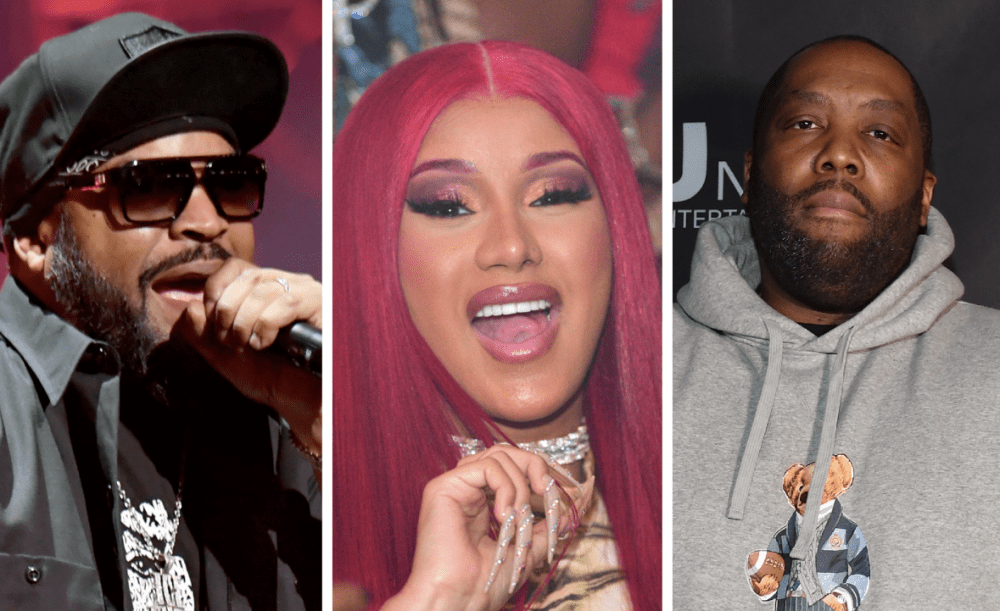 Chauvin kneeled on Floyd’s neck for over nine minutes last May — which ultimately killed him — and is now staring down up to 40 years behind bars for his actions. Floyd’s death sparked a chain reaction calling for justice around the world while Americans protested and marched in the midst of the COVID-19 pandemic last summer.

When the verdict was read in Minneapolis court shortly after 5 p.m. ET on Tuesday, many in Hip Hop celebrated the ruling with justice being served to Chauvin. Cardi B, Meek Mill, Ice Cube, Ice T, CHIKA, Questlove, Killer Mike and many more posted their reactions to the jury’s decision holding Chauvin accountable on social media throughout the evening.

“You have to literally get killed on camera to get a chance at justice as a black man in America,” Meek Mill captioned his pos featuring George Floyd artwork. “I salute you black king rest in power!”

Cardi called the moment “history” while Killer Mike looked toward the other three officers that were involved in Floyd’s death on the scene with Chauvin.

Chauvin will remain behind bars until his sentencing, which is expected to take place in about eight weeks. Find the rest of the reactions from Hip Hop below.

We still have to fight for justice yall. Remember that “we voted Obama in yay racism is gone!” feeling? Yeah…let’s learn from that. I’m happy for the Floyd family tho. Especially his daughter. But there is still a slew of mountain to climb.

This is not the end. This is the beginning! The beginning of justice for ALL! pic.twitter.com/3IBSP9Sd68

this is active warfare and it has been since africans were brought here in bondage. we live in a colonial society that would rather murder children than reform itself. abolition is literally a matter of life or death. the police are organized. now the people need to be

Thank you Jesus! I’m in tears. May your legacy live on forever #GeorgeFloyd. 🙏🏽❤️

Today, a jury did the right thing. But true justice requires much more. Michelle and I send our prayers to the Floyd family, and we stand with all those who are committed to guaranteeing every American the full measure of justice that George and so many others have been denied. pic.twitter.com/mihZQHqACV