Nigo is the man who helped create the popular streetwear brand BAPE and is also behind another imprint called HUMAN MADE. Pharrell Williams is a big fan of Nigo’s and has been one of the biggest supporters of BAPE over the years. Pharrell has also embraced the HUMAN MADE brand as he implemented it onto his Adidas SOLARHU Glide silhouette earlier this year. Now, it is believed that Pharrell’s ultra-popular Adidas NMD Hu will be getting the HUMAN MADE treatment as well and according to Sneaker News, it will be coming in either the Fall or Winter of this year.

The shoe looks pretty simple as far as Pharrell NMD’s go. The upper features white primeknit on top of a white boost midsole. Meanwhile, pops of color are added to the upper as there is a red heart on each shoe with the words “HUMAN MADE” written across it. All of these features are complemented by the red rope laces which help give the sneakers a more colorful look. Instead of opting for a red outsole, it appears as though it will remain black for now, although that can change between now and the end of the year.

Are these a cop for you? 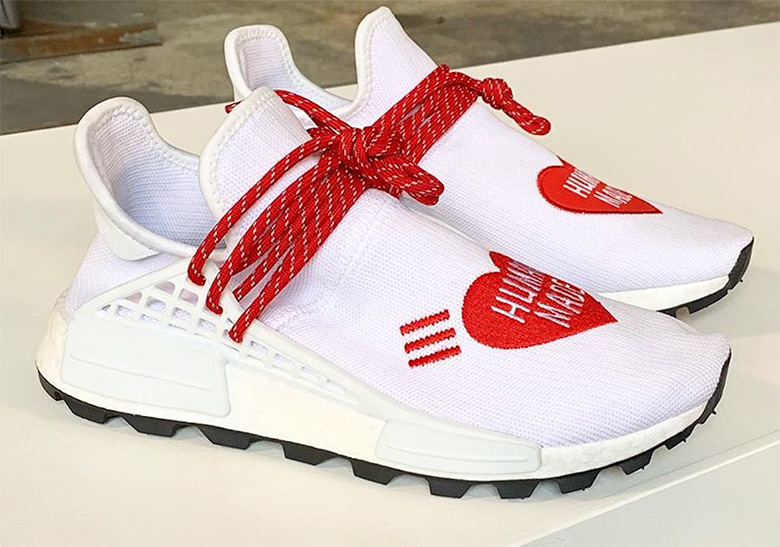