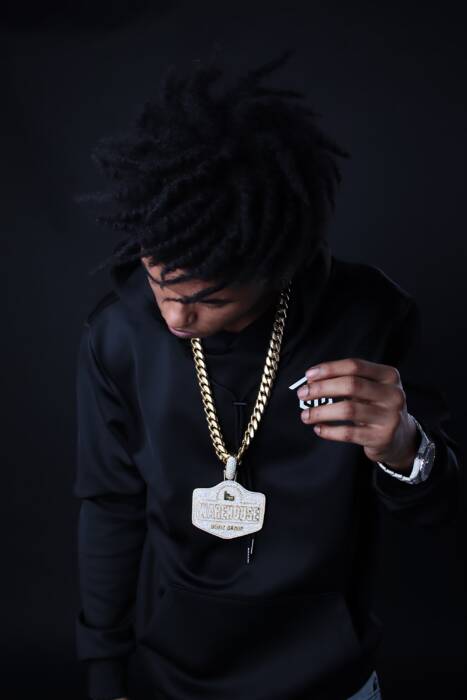 “Listen to the song… it’ll tell you how I really feel,” Huey V tells us in the video’s press release. “Milwaukee is a war zone and I’m just maneuvering… with no regrets. Don’t trust my brothers. I Don’t even trust myself.”

While the visual is dark, gritty and shocking, there’s a diamond in the rough as Huey V shines bright with his captivating wordplay, attitude and passion. Making a way out of no way, he previews the huge potential his city has to offer if we just took a closer look. “Being from Milwaukee the hustle and pain is embedded in you. The city isn’t often covered and the sound of Milwaukee is super underrated. There are a lot of solid artists from the city but not enough recognition like myself. The sound is reminiscent of Early Drill Chicago era, Detroit’s New Arising Street Rap, and The Bay’s western bounce.”

Huey’s come-up includes relentless hustle, magnetic appeal and natural talent. It’s these traits that grabbed the ear of Jay-Z-protege and the man behind the births of legendary acts like Rick Ross, T.I. and Cassanova 2x’s stardom, Memphis Bleek who signed Huey V to his Roc Nation-affiliated imprint, Warehouse as his next hit story. Huey V on signing to Warehouse: “Warehouse group is a movement and everyone gets it. We’re lab rats always experimenting with sounds and music but most of all the support is 100. To be under the label group, it’s like being signed to Roc-A-Fella.”

Take a ride with Huey V, watch “No Regrets” now.