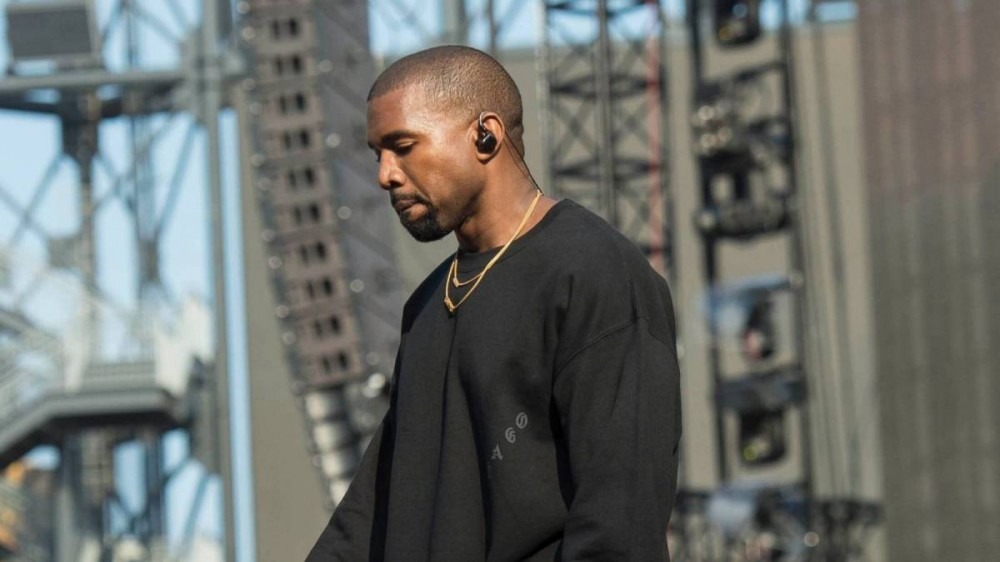 While Kanye West has yet to drop his highly anticipated follow-up to 2021’s DONDA, he announced earlier this week he wouldn’t be uploading DONDA 2  to digital streaming platforms such as Apple Music, Spotify and TIDAL. Instead, Ye said the new project would only be available via the customizable $200 Stem Player he released in 2021.

Kanye West, for all intents and purposes, still plans to release DONDA 2 on Tuesday (February 22) and will premiere the album during another massive listening event at LoanDepot Park Stadium in Miami, Florida. Fans have already clamored to get a hold of Ye’s Stem Player before Tuesday’s event, and according to a since-deleted tweet from Kanye, the Yeezy Mogul has made over $2.2 million in the process.

“To earn the $2.2 million we made on the first day on the stem player the album would have had to stream 500 million times,” Ye captioned the post. “We did more revenue on stem player, without the album even being out, than we would have done with the album being out on streaming.”

While Kanye’s anti-streaming revolution has paid off for the Yeezy mogul, the move jeopardized his relationship with Apple Music. According to reports, Ye passed on a $100 million deal with Apple in order to roll out the project on his Stem Player, a move Apple Music affiliates weren’t too happy about.

Ye shared a text on Friday (February 18) that read, “From Damian. Please inform Ye that the apple is no longer doing the sponsorship deal.” He wrote in the caption, “Duh” with an eye roll emoji and laughing emoji.

“I love how Apple only sees artist in only one way,” Kanye wrote alongside a screenshot of a separate text from “Randy” at Live Nation who had asked him to cut a $2 million check for the upcoming listening event. “They’ll sit with Daniel Ek but won’t meet with Ye. I remember me and Virg were with Daniel Ek in the club in Stockholm and he told me he could tell I get more pussy than him.”

While lashing out against Apple, Ye also shared the DONDA 2 tracklist to Instagram on Friday after he confirmed Future would serve as the project’s executive producer.

The handwritten tracklist listed out 22 songs starting with a track titled “Security.” Other titles read, “True Love,” “Broken Road,” “I’m Finna Love Me,” “Selfish,” “Do I Look Happy” and “Things Change.” No features are confirmed, but judging by Kanye’s rollouts in the past, this tracklist might not even be finalized yet.

In addition to rolling out the new album, Kanye has also been rolling out his latest fashion collaboration with Gap and Balenciaga, which he announced last month and is set to drop Tuesday night to coincide with the release of DONDA 2.

The first official drop, which was revealed on Instagram Tuesday morning, has a selection of eight different styles, including logo tees in four different colors, along with a pair of trousers and a washed Gap logo hoodie.

The extensive rollout for DONDA 2 hasn’t been entirely smooth sailing, however, and Kanye has burned many bridges leading up to the album’s February 22 release. He cut his longtime collaborator Kid Cudi from the project merely because he was friends with his ex-wife’s new beau Pete Davidson, a move that inspired Cudi to call out his former friend.

“Too bad I don’t wanna be on ur album u fuckin dinosaur hahaha,” Cudi wrote and later deleted on Twitter on February 12. “Everyone knows I’ve been the best thing about ur albums since I met you. Ima pray for u brother.”

He followed up with, “We talked weeks ago about this. You’re whack for flipping the script and posting this lie just for a look on the internet. You ain’t no friend. BYE.”

Overall, it’s looking like DONDA 2 is gearing up to be a different experience from DONDA. In an interview with Rolling Stone in January, Digital Nas, who produced “Junya” and “Remote Control” for DONDA last year, explained how Ye has established a different set of standards for the project.

“These are the directives for the album,” Digital Nas began. “If it cannot be played at a funeral, childbirth, graduation, a wedding, it will not be on our record. We learned a lot from DONDA 1. We learned what hit. We learned what was sticking. So we took from there. It has to be able to be played at four major moments in people’s lives. That’s crazy, right?”

Fans hankering to hear DONDA 2 can head over to stemplayer.com to purchase their own copy. As for the “Kanye West Donda Experience Performance” in Miami, fans can head over to Ticketmaster to see if tickets are still available. The performance will also be streamed in IMAX theaters around the country and on stemplayer.com, so fans can hit Fandango for tickets available in their area, or just head to the website.