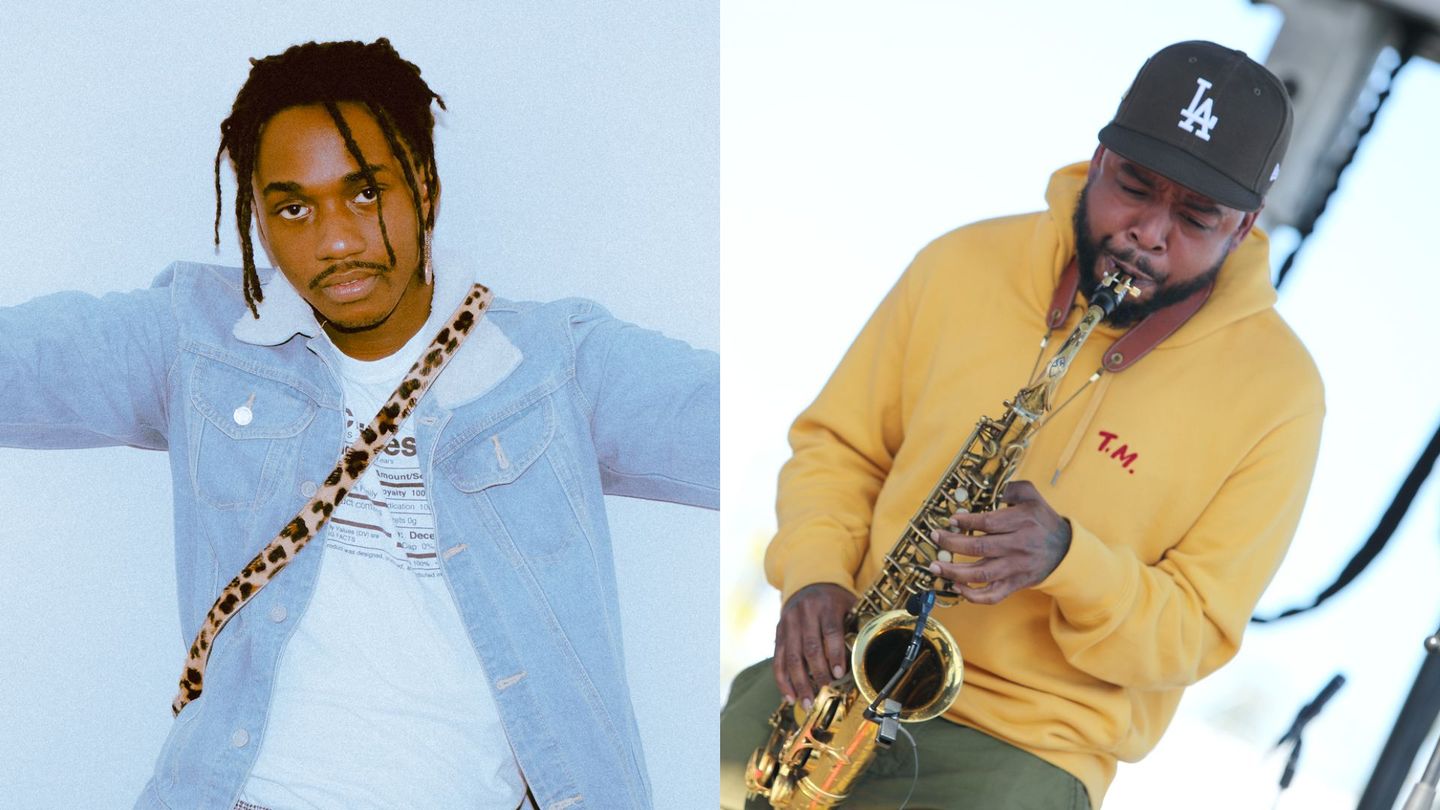 In April, despite being quarantined in the middle of touring with electronic duo Drama, Chicago funk/disco-infused hip-hop artist Ric Wilson still held a sweet social distancing birthday party from home — complete with a caramel cake from sweet city staple Angelica’s Bakery. The occasion also served as a pre-celebration for his new EP, They Call Me Disco, made with Los Angeles-based jazz-fusion and G-funk multi-instrumentalist Terrace Martin. Having already shot visuals before the pandemic, notably for lead single “Chicago Bae” featuring BJ the Chicago Kid, Wilson had no plans to change the EP’s release date, so he didn’t. Instead, he offered more for fans, sharing intimate freestyle sessions through his social platforms. They Call Me Disco dropped today (May 8) as planned.

It’s fitting for the performer who was coined “Disco Ric” while touring with R&B singer and former Snarky Puppy member Cory Henry. Wilson cites disco influences as his “aura” while remaining open to dabbling in other genres — as long as he can, as he told MTV News, “make it Black.” Just two years after his 2018 EP Banba, and a year out from appearing on Joe Swanberg’s Chicago-set Netflix series Easy, Wilson shows no signs of halting his creative process, foreseeing They Call Me Disco to be the soundtrack for much-needed escapism during the pandemic.

“I think we’re seeing all the different stages of people [who were] freaking out in the first couple weeks. Now we’re in the stage where people are adjusting to their style of life. I think this [time] brings a bit of escape to people in their lives,” Wilson told MTV News. That bit of escape shines through the EP’s relentlessly rhythmic six tracks, featuring additional guests Corbin Dallas, Malaya, and Kiela Adira. From the house touches of “Move Like This” to the downright funk of “Before You Let Go,” the fruits of Wilson and Martin’s musical partnership are on full display.

The duo met by chance in Los Angeles through a mutual industry friend, though Wilson had been a longtime fan after hearing Martin’s contributions on Snoop Dogg’s 2008 album, Ego Trippin', as well as “Ab-Soul’s Outro” from Kendrick Lamar’s 2011 debut, Section.80. “I had just dove into house music this whole-ass year. House music was one of the main corners of Black music that I’ve been wanting to dive into but I haven’t had the time,” Martin told MTV News about where he was before working with Wilson. “I didn’t know Ric was that prevalent and informative with soul, house music, disco and all those elements.” Though Martin considers himself long-quarantined by working in his home studio, he’s also used this particular time of isolation to hone in on his musicianship by reading Miles Davis’s Miles: The Autobiography. His openness to learning extended to his work with Wilson.

“I walked into the studio session thinking, ‘Let’s produce a cool project,’ but I found out he was such a staple with house music, so it was perfect. We ended up doing a project, but for me, it was really school [by] being with somebody from the culture, from Chicago, who grew up in that situation. I couldn’t ask for a better first introduction than diving into that world with Ric.”

What came from their chance meeting was a six-track glance into Wilson’s velvety, soulful vision of Chicago. Though Wilson plans to perform They Call Me Disco in full by fall, he’s also dreamed up an idea of a drive-in concert before then. While his social-distancing performance intentions are still just thoughts, they may organically come into fruition later, much like the recording process with Martin did. “I had to fly to L.A. just to finish the project,” Wilson said. “We did four sessions, the first one being a meet-and-greet and vibing. I know a lot of rappers who are like, ‘We did the whole EP in one session!’ and I’m like, ‘OK, it sounds like that.’ We wanted to take our time on it a little bit and make some shit that’s like the last thing me and [Martin] drop for a while, because of the pandemic — at least it’s some shit we took our time on and are really proud of.”

As newer artists within current R&B pay homage to funk music, Wilson credits independent music platform Soulection with reintroducing experimental production and also references the West Coast for blending funk and hip-hop in the early 1990s to spawn G-funk. Snoop Dogg, a frequent collaborator of Martin’s, recently took to Instagram Live to discuss funk’s origins with George Clinton of Parliament-Funkadelic, acknowledging Ohio and Detroit for their musical contributions of Bootsy Collins and Motown, respectively. Martin shares these sentiments and also embraces the Midwest for the rise of funk music as the genre was reinvented through ‘90s West Coast rap.

“I love Youngstown, Dayton, everything in Ohio,” he said. “I’ll say this about Black music: With everything, there’s always a foundation. Whether it’s house music, jazz, rap, it’s all Black music. [Funk singer] Roger Troutman and all the brothers — we are funk fans, and that is the foundation. Just like for them, Parliament-Funkadelic was the foundation, and for them it was James Brown, and for him it was the blues, gospel, all those things.”

“We expanded on that sound, and Roger gave us his blessing with Dr. Dre, Battlecat, and DJ Quik,” he continued. “That sound did come from motherfucking Ohio, I can’t lie about that. The way that beat was rocking, that bassline — it had so many Black folks dancing, and the Jheri curl? Come on, man.”

While G-funk kept hip-hop crowds dancing, Wilson is just as interactive with his audience, whether he’s throwing a virtual concert on Instagram or leading impromptu Soul Train lines at live concert stops. Knowledgeable of the Black music’s history as the foundation of disco, he once tweeted that the genre shouldn’t irresponsibly be credited to the 1977 film Saturday Night Fever.

“I don’t want to be the spokesman of Black music’s origin. I’d just like people to know that disco music was super-duper dope, super-duper funky, and very, very musical,” Wilson said. “Also, the disco DJs — that’s where the first MCs got their influences from to rock the stage and rock the mic. All that stuff is connected, and I kind of get annoyed when people see Disco Ric and they think of John Travolta or think about the ‘Disco Sucks’ shirts they made [on Disco Demolition Night].”

Though Wilson and Martin had a short amount of time to record They Call Me Disco, Martin grew an aptitude for Wilson’s musical passion and considers him an influence for the next generation of Black music. “I try to make music that’ll fit [Wilson’s] life, my life, because we represent a lot of Black America. I didn’t have a lot of time, so every day I had to pay very close attention and just look at him and listen to him and react, not to initiate, but to be reactive to his energy,” Martin said.

“Ric doesn’t care to be the president [of Black music], but he understands it. That’s the difference. He just wants to make motherfuckers have a good time [while they’re] unapologetically Black.”