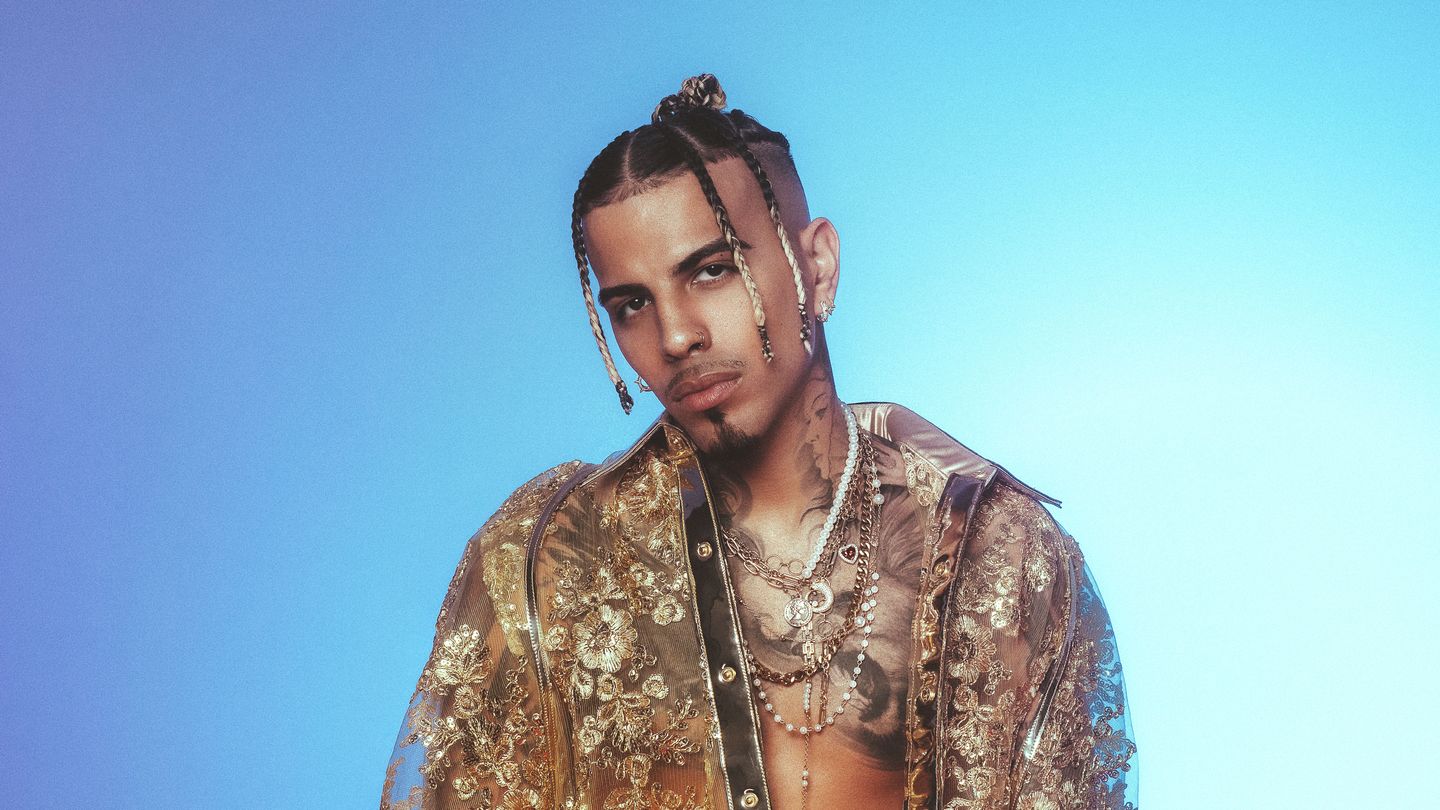 Rauw Alejandro has been hard at work. The Puerto Rican singer-songwriter exists now at a particularly crucial moment, right between the release of his debut album, Afrodisíaco, that dropped on November 13, and finding out if he will take home Best New Artist at this year's Latin Grammy Awards on Thursday. Getting to become a leading voice in the R&B wave taking over reggaetón music, heard on songs like Ir Sais’s “Dreamgirl” remix and Lyanno’s “En Tu Cuerpo” remix, didn't happen overnight, though.

“It's been two years of hard work,” Alejandro tells MTV News. “Afrodisíaco is my first album, but I've been releasing singles every month, like non-stop. We got a lot of music out right now. I think [I was nominated] because of that, working non-stop."

The 27-year-old got his start in 2014, uploading atmospheric R&B songs songs to SoundCloud. Alejandro's career breakthrough came two years later with the release of his mixtape Punto de Equilibrio that led to him signing with his current team at Duars Entertainment. He followed that up with last year's steamy EP Trap Cake, Vol. 1, on which he blended his smooth R&B sound with the hard-hitting edge of Latin trap. As he’s expanded his sound to include elements of reggaetón, Rauw still has purely pop-R&B moments, like on this year’s “Algo Mágico.” "The last two years was when everything started popping for me to be recognized internationally," he says.

What sets Alejandro apart from his reggaetón contemporaries is his choreography-heavy performances. “I started dancing and singing at the same time,” he says. In his school days, Alejandro danced in talent shows and freestyled with friends. As he leveled-up in his career, his love of dance became a profession that led him to work with Felix “FeFe” Burgo, a former choreographer for Chris Brown. Alejandro cites Michael Jackson as an influence in that aspect. "For me, he's the G.O.A.T.," he says. As part of his Halloween live-stream concert, he recreated the iconic "Thriller" routine, donning Jackson’s red jacket while adding a new freaky dance break. Alejandro's world of music and movement meet in his magical "Enchule" music video, where he slides and glides around the world.

On Afrodisíaco, that talent is easy to spot, and so is its impressive roster of guests. Alejandro collaborates with heavy-hitters like J Balvin, Anuel AA, Wisin & Yandel, Tainy, and Sech and receives a secret co-sign from Spanish superstar Rosalía, who lends uncredited, otherworldly vocals to the track "Dile a Él." The album's title in English translates to "Aphrodisiac," a term the self-proclaimed "ladies' man" owns proudly. Ahead of his big night and performances at the Latin Grammys, Alejandro talked with MTV News about being reggaetón's modern-day song-and-dance man and his new album.

MTV News: What interested you to get involved with R&B music?

Rauw Alejandro: I started doing R&B and I mixed it up with dancehall and reggaetón music. I'm more like a ladies' man. I'm more of, like, a sexy mood with sexy songs. It's a vibe. R&B is my essence as an artist. I mix it with reggaetón because reggaetón is in my blood. That's the new fusion. I have no limits.

MTV News: Why did you name your album Afrodisíaco?

MTV News: On "Química," there's a house-music breakdown at the end. Does being a dancer influence the way you make music?

Alejandro: Dancing is everything for me right now. In Puerto Rico, there's a place called La Respuesta. We used to go there at night and dance in the streets. I can't be on the stage just throwing my hands up. I need to do some moves. You need to feel the beat. You need to feel the lyrics. I think it's a plus to be a dancer because you can understand music from another point of view. Sometimes to make a decision at the studio, I hit play and start dancing. I try to feel the music in me.

MTV News: One of the biggest songs this year is your remix of "Tattoo" with Camilo. How did that collaboration come together?

Alejandro: "Tattoo" was huge, and when I was thinking about the remix, I just thought of Camilo. I think he's a great artist. He's fresh. He brings something new to the table. He's more pop, more romantic. I think that combination of me and him was perfect.

MTV News: What was the experience like to collaborate with J Balvin on "De Cora <3"?

Alejandro: J Balvin is like my big brother. I've known him for almost two years. To me, he always opened the doors of his studio and his friendship. We always wanted to collaborate. I was waiting for the perfect time, for the perfect song. "De Cora <3" was the perfect track. It's a romantic and happy song, but the lyrics are sad. You're crying but at the same time dancing. [laughs]

MTV News: There's a hip-hop crossover moment with Trippie Redd on "Un Sueño." How did he get involved with your album?

Alejandro: He's a big artist right now representing the new generation of rappers in the United States I'm representing the new artists from the Latin side. We were in Los Angeles. Everything was so natural and organic. While we were in the studio, we shared ideas. He put his voice on it and he killed his verse. It's an amazing song. It's a dancehall vibe. Something fresh. Something new. That was a dream. We got more stuff in the studio.

MTV News: Will there be a Trap Cake, Vol. 2 EP in the future?

Alejandro: For sure! For all my fans of R&B and trap, don't think that I've stopped doing R&B and trap. Trap Cake is going to be a series that I'm going to be doing every year with Vol. 2 then Vol. 3.

MTV News: What can we expect from your performances at the Latin Grammys?

Alejandro: We're going hard. We're going big. A lot of dancing. I'm performing a few songs off the album. I'm also part of a tribute for [Puerto Rican salsa icon] Héctor Lavoe with other legendary artists. For me, it's an honor. Doing two performances at the Grammys, being nominated, and to be there, it's too much. It's like too much joy and happiness at the same time. I feel blessed. Life is good.