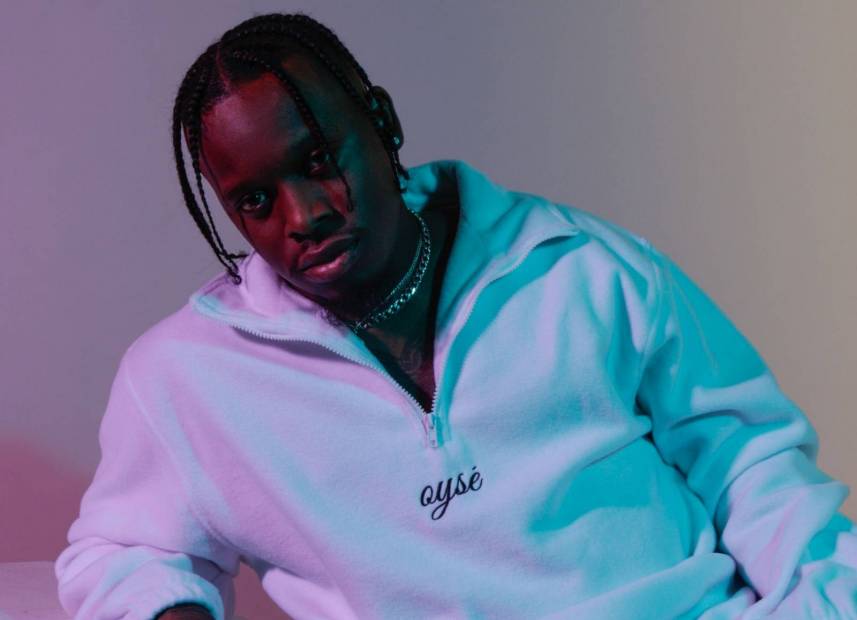 Los Angeles, CA – LOS ANGELES, CA — If you were on Twitter in 2012, you might have scrolled past a link to BLXST’s music underneath tweets from Hip Hop icons such as the great Kendrick Lamar. If you were feeling brave, you might have even hit play, discovering the early creations of an artist before he’d truly reached his creative peak. Or, you may have scrolled by it, too busy scrolling for updates on the forthcoming good kid, m.A.A.d city on your state-of-the-art iPhone 5.

“Early on, spamming people wasn’t as looked down upon,” said BLXST, a producer, singer and rapper from Los Angeles. “Twitter, everything was new. People wouldn’t give you a hard time for it. But I guess it got to a certain point, where it was like, I’ll just let it be natural.”

Now signed to Red Bull Records, BLXST laughs about his once-stubborn strategy and admits it didn’t do much to boost his profile. But now that he’s actually been in the studio with Kendrick and so many others, he’s able to relish in the journey and fully appreciate where he is now.

“That’s crazy, just for it to come full circle,” he said. “That just shows how long I’ve been manifesting, putting that into the universe early on. It’s so important. You speak on your future, you’re going to get it.”

Even in the beginning, BLXST had the unwavering confidence required of any artist hoping to break through. He says he’s never worked a job outside of music in his life, instead opting to hone his skills and put in the work knowing it would eventually pay off.

“It was something in me that just felt like it was always possible,” he said. Even back when I was younger. Something in the back of my head just told me to keep going. I really can’t tell you exactly what it is, I just had it since day one.”

BLXST’s uncle was an artist and producer, and gave him early game on the best way to step into his talent. On his uncle’s advice, BLXST expanded his vocabulary by looking up a new word in the dictionary every day. Simultaneously, he worked on his production skills, while searching for the best ways to use his voice besides simply rapping.

Years later, that same man has transformed from just another username in a sea of aspiring artists to one of L.A.’s brightest rising stars. Refined songwriting chops and subdued, inviting basslines have created a signature sound for that he’s building a name off of. Still, BLXST says he’s not content to settle, and wants to continually push the pocket to find new ways to tell his story.

“Of course I like to create a sonic that people can know me from, but I try to step out of that pocket and find different ways to be unique,” he says. “Even just with chord progressions on the production side.”

Most recently, BLXST shared his new Dom Kennedy-assisted single “Got It All.” Sampling The Spinner’s 1977 cut “I Found Love (When I Found You),” BLXST talks up his own woman with soothing, blissful melodies.

“To me, Dom Kennedy is the epitome of L.A.,” he said. “I look at him like my generation’s Ice Cube. It was only right to link up and capture a classic moment.”

There’s a lot of things BLXST looks for when it comes to working with an artist, and Dom Kennedy checks off the boxes in each category. Outside of Dom, he’s built a strong rapport with fellow L.A. crooner Bino Rideaux, and has become a go-to collaborator for many of the city’s rising acts. A true chameleon, BLXST says he’s always interested in working with a new artist, so long as the intangibles are in order first.

Stay tuned for the rest of BLXST’s conversation with HipHopDX.