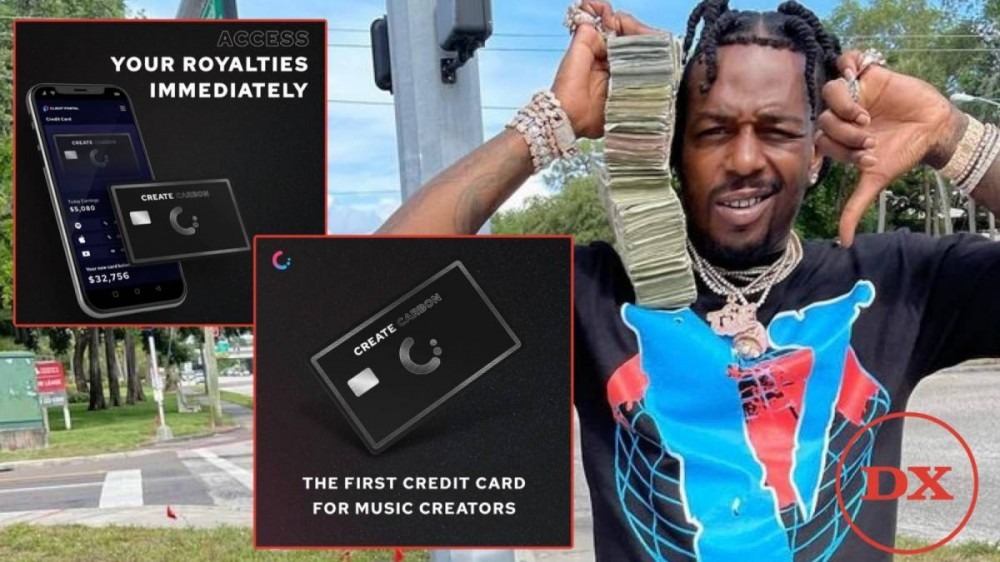 Sauce Walka has once again upped the ante of his already massive money moves in his latest partnership with music tech company Create Music Group.

Back in February, Create Music Group announced a new one-of-a-kind Create Carbon artist credit card designed to give artists immediate access to royalties as they earn them, and now they are readying their public launch with the addition of another official artist representative to the Create Carbon club.

In an Instagram video posted on the Rap profile Wednesday (May 12), Sauce Walka and his TSF (The Sauce Familia) gang rapper Peso Peso helped debut the Create Carbon card, which utilizes data from millions of data point to accurately predict artists earning from their streaming royalties on DSP’s such as Spotify, Apple Music, TIDAL, YouTube and more,

“Like when they press play, you can press pay,” Sauce said while flossing Create Carbon’s sleek metallic black card design.

Create Music Group has actually been developing data-driven solutions to empower artists since the companies inception in 2015, and began disrupting the industry in 2019 following the rollout of their daily revenue tracking reports for artists.

Even though the Create Carbon Card has the potential to change the way artists access their earnings and make a living off of their craft, it’s seemingly another cash-only airdrop opportunity for Sauce Walka who appears to be financially flush with figures at the moment.

Last year in June he bought a massive $11 million waterfront Miami mansion and followed that up with his $250,000 diamond teardrop face implant, a long with countless other exorbitantly expensive purchases.

Now that Sauce Walka is officially a Create Carbon cardholder he’ll get to put his earning potential to the test as the streaming numbers from his April Birdz Hunt Snakes project continue to roll in.