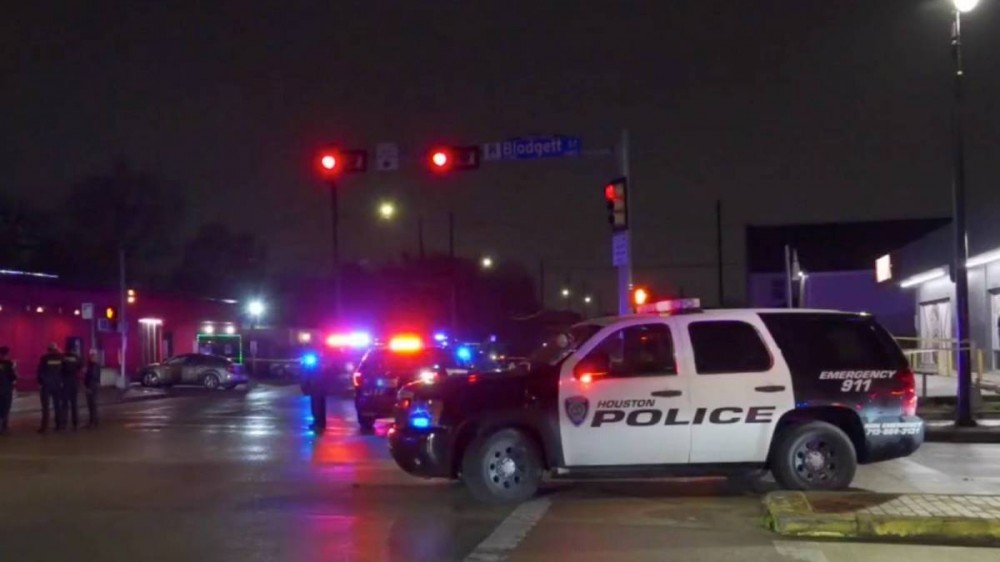 Houston, TX – Houston rapper Scrappy G was one of five people shot outside of Spivey’s Uptown nightclub early Thursday morning (February 17) — and now, he’s calling for a ceasefire. In an interview with Fox26, Scrappy G explained how a simple argument inside the club spilled into the parking lot and quickly erupted into gunfire. After seeing his friend get shot, Scrappy rushed the shooter in an attempt to prevent anyone else from getting hurt, but he’d already been hit twice.

“I managed to push the clip out of his gun and I managed to take the gun off him, but at this point I lost so much blood I passed out,” he said, “and I just watched dude runoff.”

Scrappy G and the four other victims are all expected to survive, but the shooting incident taught him a valuable lesson. As he continued speaking from his hospital bed, he called on young men to put the guns down.

“We have to start going to the club with an agenda to have fun,” he said. “Some people go to the club preparing to get into an altercation with people … It all starts with us changing the narrative. It should never get to this over something small like spilling a drink or stepping on a shoe; I’m going to take your life, we just have to add more value to human life.”

Scrappy G is active in his community, hosting turkey drives, school supply and coat giveaways for those in need. No arrests have been made in the shooting. Anyone with information in this case is urged to contact the Houston Police Department Major Assaults & Family Violence Division at 713-308-8800 or Crime Stoppers at 713-222-TIPS.