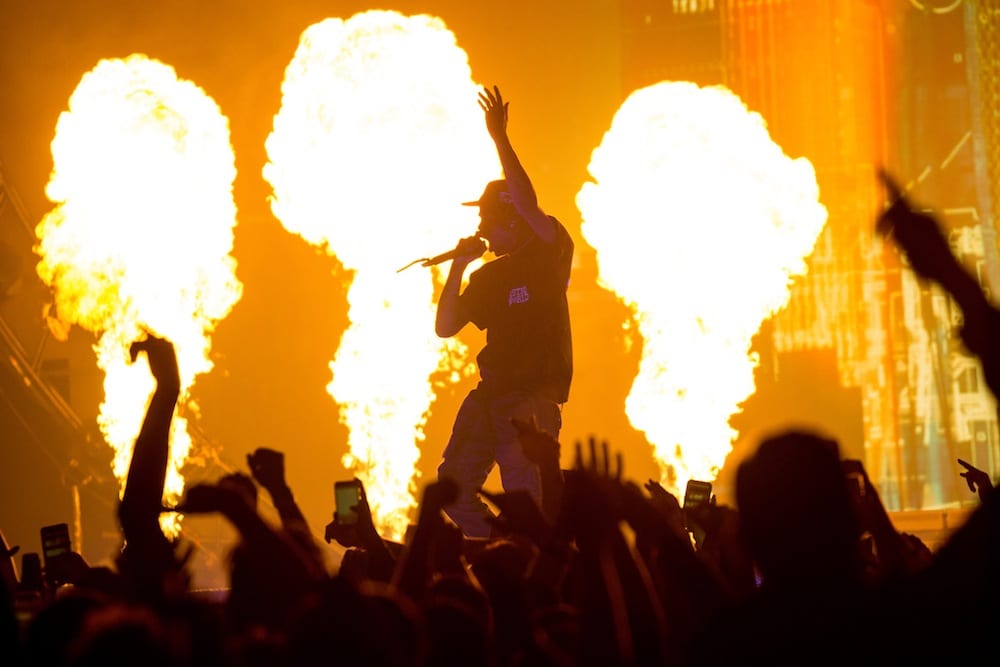 Authorities seek clues about the Travis Scott Astroworld concert incident that killed 8 attendees. According to Washington Post, a criminal investigation is underway in Houston, accompanied by homicide and narcotics detectives, as law enforcement officials seek to understand how eight people died and many more were injured at a sold-out music festival Friday night.

“This is now a criminal investigation that’s going to involve our homicide division as well as narcotics, and we’re going to get down to the bottom of it,” Houston Police Chief Troy Finner said at a news conference Saturday. The “all-encompassing” investigation is being led by the homicide division, and “everybody that needs to be involved will be involved,” Jodi Silva, a spokeswoman for the Houston Police Department, said Sunday.

The investigation is expected to go on for “quite some time to determine what exactly happened,” Houston Mayor Sylvester Turner (D) said Saturday, noting that it could be days or weeks or “even longer.”

50,000 have been estimated to attend the Astroworld Festival at NRG Park on Friday, one day of a multiweek event organized by the rapper Travis Scott, whose concerts have a reputation for being raucous. The dead ranged in age from teens to young adults: a 14-year-old, a 16-year-old, two 21-year-olds, two 23-year-olds, a 27-year-old, and a male whose age was unknown died after the crowd surged toward the stage when Scott was performing. Medical examiners asked for help identifying the eighth person, Houston-based news outlet ABC 13 reported Sunday. The Harris County Institute of Forensic Sciences released a photo of the body and asked that anyone who could identify him contact the agency.

One victim was 21-year-old Hermano Franco “Cuauhocelotl” Patino, or Franco. His mother, Teresita Patino, told The Washington Post that authorities said her son’s “heart stopped’ after he was crushed by the crowd. Patino was a mechanical engineering major at the University of Dayton in Ohio who “was a good friend and a good brother and a good son,” his mother added, and he wanted to one day develop biomechanical devices to help people with heart problems.

John Hilgert, a ninth-grader at Memorial High School, was another victim of the tragedy at the concert, a spokesperson for the Spring Branch Independent School District confirmed to The Post. Lisa Weir, the principal at the Houston-area school, broke the news to families and students on Saturday morning.

25 people were taken to the hospital Friday night, and 13 were still hospitalized Saturday afternoon, including five juveniles. A 10-year-old child was in critical condition, officials said.

The Houston Police Department’s narcotics division is reviewing reports that a security worker who was attempting to restrain a concertgoer may have been drugged, Finner said Saturday. After the officer “felt a prick in his neck” and “went unconscious,” Finner said that first responders revived him with naloxone, a medicine used to treat suspected opioid overdoses, and that they noticed a small puncture in his neck.

Turner also added in his interview officials were investigating “what happened” and “where missteps may have occurred” at Astroworld, including through interviews of witnesses, representatives of the concert organizers Live Nation Entertainment, and Scott himself.

A video is going viral of the night shows a chaotic scene in which concertgoers tried to yell for help but were drowned out by loud music. It’s not clear how many of the cries Scott heard, given that he was on stage and wearing in-ear monitors. The rapper paused his performance at least four times but eventually kept going until the concert stopped roughly an hour after videos from the crowd showed concertgoers visibly in distress.

Travis Scott, in videos posted to his Instagram story Saturday, said he is working with Houston officials to understand what happened and help the families of the victims. “My fans really mean the world to me,” he said. “I am honestly just devastated.”

“Any time I could make out anything that was going on, I stopped the show and helped them get the help they need,” he added. “I could just never imagine the severity of the situation,” an apparent reference to the extremity of the injuries in the crowd.

Kylie Jenner, the mother of Travis Scott’s children wrote on her Instagram story that “filming” and “performing” would not have continued if they were fully aware of the scale of the chaos unfolding in the audience.

On Sunday Wertheimer told The Post “Overcrowding and crowd crushing is the original sin of event planners and promoters, the crowd in Houston never should have gotten that big and dense. It was a preventable tragedy that happened because safety precautions were ignored and have been ignored time and time again because there are millions of dollars to be made here.”

“It may well be that this tragedy is a result of unpredictable events, of circumstances coming together that couldn’t possibly have been avoided,” she explained. “But until we determine that, I will ask the tough questions.”