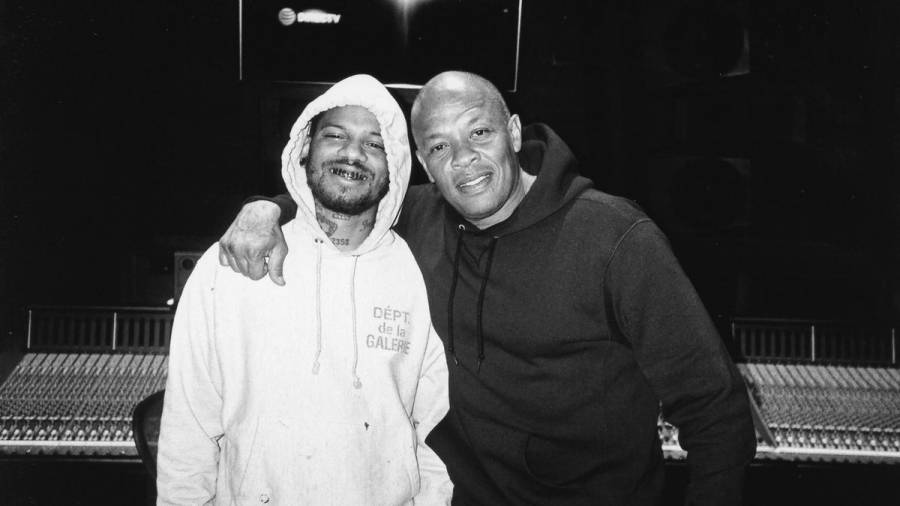 Houston up-and-comer C.S. Armstrong just signed a major label deal over the summer, but now he’s topping it off with a studio session alongside Dr. Dre.

On Tuesday (September 29), Armstrong took to Twitter to share a photo in the studio with the West Coast legend, crediting Dre as his mentor.

Armstrong later posted a video working on new music with Dre, who poses for the camera after realizing he’s being filmed. Aftermath’s in-house producer Dem Jointz also commented on the post.

Armstrong is an eight-year Army veteran, who previously lived in New York City working with Diddy, Action Bronson and Estelle, before making the move to Los Angeles. According to his management page, the versatile musician has actually worked with Dre before, as well as Terrace Martin and Sa-Ra’s Taz Arnold.

After collaborating with Dre, Armstrong posted a thankful message on his Instagram Stories that same day.

“Yo, today was overwhelmingly incredible,” he said in the clip. “I just wanted to give a shout out to God for allowing me to exist in such incredible moments.”

He also wrote on Twitter, “Can’t speak on nothin else but, as far as music goes? Y’all n***as in trouble. Pay attention closely to these next few months.”

Can’t speak on nothin else but, as far as music goes? Y’all niggas in trouble

Pay attention closely to these next few months 💙

On August 28, Armstrong announced he’d signed record deal for the first time, but didn’t say who the label was.

“Just signed my first major label deal!!!!!” he said while signing his contract. “I will never forget this day!!!”

Just signed my first major label deal!!!!! I will never forget this day!!!

Dr. Dre isn’t the only star name he’s been around lately. In September, Armstrong shared a video of himself hanging out with Busta Rhymes.

“Life too short for anything less than this,” he wrote, as the pair burst into laughter.

Armstrong dropped two songs packaged as 11911 in July; both tracks were produced by Kal Banx, who has four credits on Dreamville’s Revenge of the Dreamers III album. Over the past two years, he’s dropped his Truth Be Told and The Blue Tape projects, and collaborated with the likes of Blu, Brother Ali, Domo Genesis and Stones Throw’s The Koreatown Oddity.

Check out his videos for “GODDIDDAT” and “IT AINT RIGHT” below.