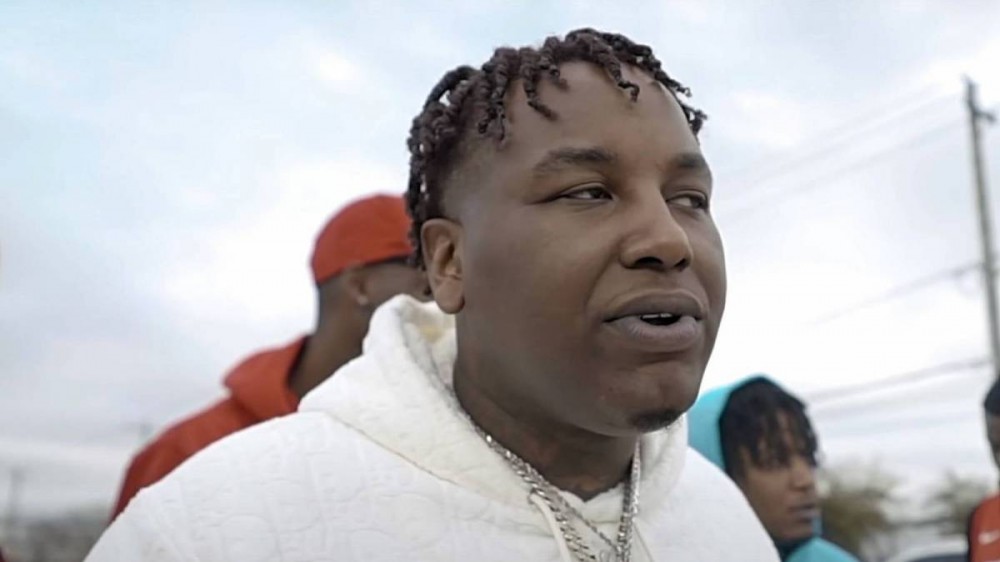 Mobile, AL – HoneyKomb Brazy’s grandparents were killed in a bizarre shooting and house fire four months ago and rumors surrounding the blaze suggested the Alabama rapper was somehow connected to the tragedy.

In the wake of their February deaths, HoneyKomb Brazy’s mother Tenecsha Jones says her home has been the target of multiple subsequent shootings.

According to NBC15 News, Jones believes she was the intended target of a shooting on Wednesday (June 3). Fortunately for Jones, she wasn’t home at the time. In fact, she has since moved out because she’s concerned for her safety. She says this is the fourth time people have shot at her house.

“They shot it up again,” she said. “I can tell. I came here yesterday and those weren’t there,” pointing to bullet holes in a glass window. “Not this glass. None of that.”

When Jones was asked why she thinks her house has been targeted so many times, she replied rather matter-of-factly, “Because they want my son Nashon Jones dead.”

Of course, Nashon Jones is Rap-A-Lot Records artist HoneyKomb Brazy, who’s currently behind bars on a probation violation. His mother says she just wants the shootings to stop before someone else in her family dies.

Two days after the initial blaze that killed HoneyKomb Brazy’s grandparents, he attempted to do damage control with an Instagram post but left people with more questions.

“Stop saying my granny n grandpa got set on fire,” he wrote at the time. “they both had COVID 19 both of them was on oxygen tanks. they blew up when they was shooting in the house.”

Unsurprisingly, people were thoroughly perplexed by the “shooting” part.

Comments such as “n-gga got his innocent grandparents killed and he worried about what other people got to say” and “yeah HoneyKomb this is much more easier to digest smh” began littering the post as people struggled to understand how his explanation was somehow better.

For now, HoneyKomb Brazy remains in a local jail, while his mother tries to stay safe.