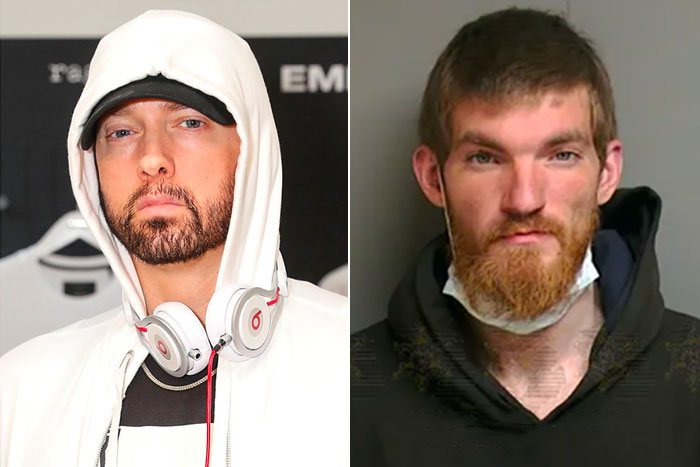 More details are emerging from Eminem’s confrontation with a home intruder in April.

Matthew David Hughes, 27, allegedly said he was there to “kill” the Detroit rapper when he broke into his home in Clinton Township, Michigan, according to a court hearing on Wednesday. Hughes slipped past security and entered through a busted window, reports the Detroit Free Press.

Eminem awoke at home on April 5 to discover a man standing behind him. He initially believed it was his nephew before realizing it was an intruder, Clinton Township officer Adam Hackstock told the court.

“When Mr. Mathers asked him why he was there, he was told by Mr. Hughes that he was there to kill him,” Hamstock testified.

Hackstock said he arrived to the gated community to find a security guard wrestling with Hughes on the ground. Eminem said he escorted the home invader through a TV area, game room, and basketball court to an exit out of the house. Hughes was not armed, he said. A brick was found inside a busted window in the home.

Hughes, who has been in custody since the incident, is being held on a $50,000 cash bond. He was charged with first-degree home invasion and malicious destruction of property.

He is believed to be homeless and may be mentally ill. “In my opinion, I think there’s some sort of mental issues involved here,” said Hughes’ attorney, Richard Glanda.

Eminem did not appear in court, but the judge found enough probable cause to move forward with a trial. An arraignment has been set for Sept. 28 in Macomb County Circuit Court.