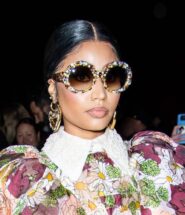 Long Island, NY – The hit and run driver allegedly responsible for the death of Nicki Minaj’s father has reportedly surrendered to police.

According to TMZ, law enforcement sources report police have arrested 70-year-old Charles Polevich, who they believe is responsible for Robert Maraj’s death. Polevich has already been arraigned and charged with two felonies: leaving scene of incident involving death of a person and tampering with or suppressing physical evidence.

On Sunday (February 14), Nassau County Police revealed Maraj had been walking between Roslyn Road and Raff Avenue in Long Island, New York on the evening of February 12 when he was struck by a vehicle heading northbound. Police say the driver then fled the scene while the 64-year-old Maraj was taken to a local hospital in critical condition where he succumbed to his injuries.

Nicki has yet to address her father’s death publicly and it’s unclear if they were on good terms at the time of his passing considering they’ve had a rocky relationship in the past.

In 2010, she told Details, “He drank a lot and did drugs, and he would get violent when he did. When he set fire to the house, he was attempting to kill my mother. She got out before it burned all the way down. I’ve always had this female-empowerment thing in the back of my mind — because I wanted my mother to be stronger, and she couldn’t be. I thought, ‘If I’m successful, I can change her life.’”

Watch the news clip below.