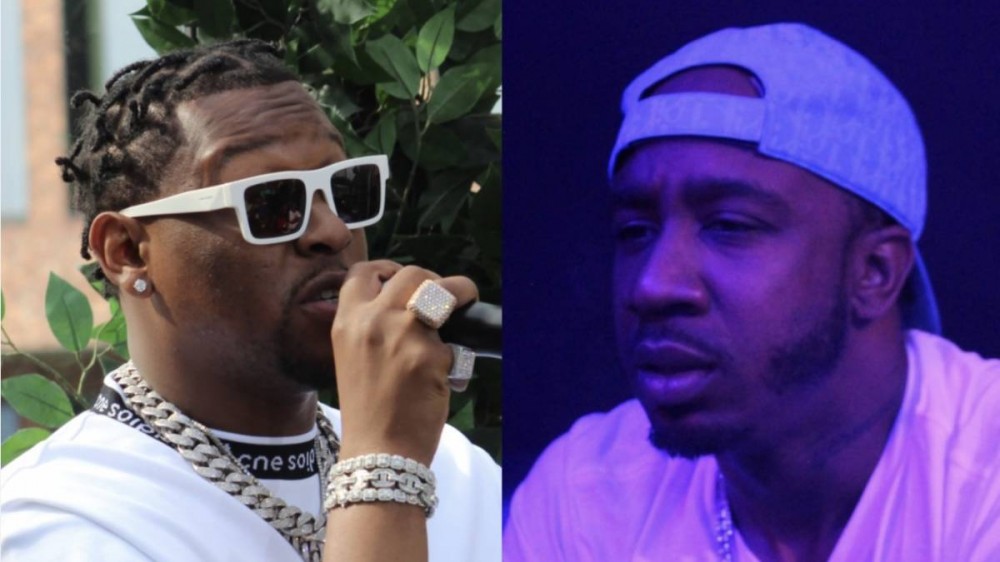 Benny The Butcher and Hit-Boy appear to be plotting something after footage of them linking up in the studio surfaced online, and it has fans talking.

The first piece of footage surfaced online showing Benny and Hit vibing to an instrumental that sounds right on board with the first project they put out together in 2020 titled Burden of Proof. The next video came from Hit-Boy’s Instagram page, and it shows him and Benny in the studio again.

“22′ not over,” Hit-Boy wrote while Benny chimed in with three gold trophy emojis.

Burden Of Proof was released on October 16, 2020, and debuted at No. 27 on the Billboard 200 with about 19,000 equivalent album units. The album was the first collaboration between the two and featured Rick Ross, Lil Wayne, Big Sean, Dom Kennedy, Queen Naija, Westside Gunn, Conway the Machine and Freddie Gibbs.

Assisting Hit-Boy on the production side was Jansport J, Corbett and G. Ry. The Grammy Award-winning producer revealed on Instagram that the song “TIMELESS” featuring Big Sean and Lil Wayne was originally for JAY-Z and Kanye West while they were cooking up Watch The Throne in 2011, but it wasn’t selected.

“The beat for This new @getbenny single ft @liltunechi and @bigsean dropping tomorrow was made in 2011 at the Mercer hotel for jay z and Kanye west #watchthethrone it wasn’t picked,” he wrote to Instagram (October 7). “I was actually hot I made a beat this good and they picked something like n*ggas in Paris which was one of my more simple beats. That was a blessing in disguise.”

Hit-Boy made the post to inspire other producers to never give up on their ideas for placements, as you never know what the future holds. The clip is from a studio session of Big Sean rapping along to his verse on the track. Sean Don was the latest addition to the single after the original version of “TIMELESS” leaked with just Benny and Lil Wayne.

Benny The Butcher, on the other hand, kept his run going by releasing his second collaborative project with Harry Fraud titled The Plugs I Met 2, which debuted at No. 33 on the Billboard 200. Months later, Benny signed a major label record deal with Def Jam Recordings, which was orchestrated by the label’s new president Snoop Dogg.