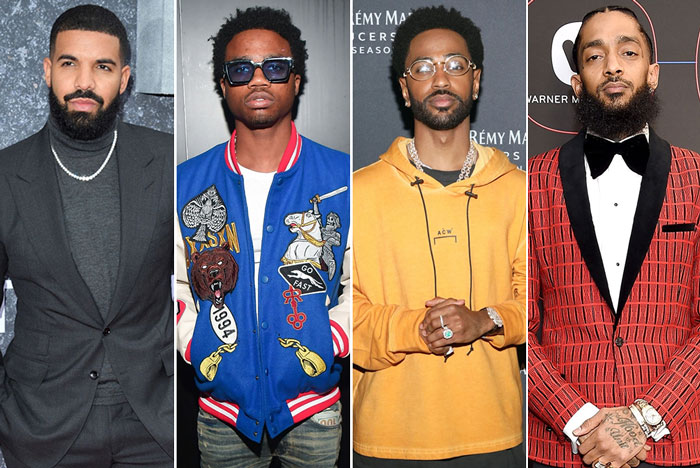 Hit-Boy and Boi-1da surprised fans with new music when they faced off during their epic beat battle on Friday night.

During their “Beat Battle You Don’t Want to Miss” showdown on Instagram Live, the super-producers debuted unreleased tracks from Drake, Nas, Big Sean, and even Nipsey Hussle.

Boi-1da first teased a snippet of a Drake and Roddy Ricch collaboration that lit up the comments section. “I rock diamonds when I’m under pressure … I’m the cut, the boy in the cut!” raps the 6 God before “The Box” hitmaker comes in with the hook: “Gotta stay up and no knocking me off.”

Boi-1da warned his competitor, “I’m not playing with you, bro.”

And he wasn’t kidding. The Toronto beatmaker then played a snippet of a second unreleased Drake track. “It was meant to happen / The most trusted going triple platinum,” raps Drizzy. “I mean there’s not even a doubt / You know what I’m about / Before I made it out, I said I’ve got to make it out / And I did, I did, I really did.”

Hit-Boy returned with some heat of his own, previewing an unreleased collaboration between Big Sean and the late Nipsey Hussle off Sean’s upcoming album Detroit 2. “Real rap shit,” said Hit-Boy while introing the song. “Rest in peace, Nipsey.”

Nip can be heard rapping some powerful bars: “Fuck rap, I’m a street legend.” Sean even made a surprise appearance in the studio, rapping alongside Hit-Boy to the track.

And just when fans thought they heard it all, Hit-Boy broke them off with a new track from Nas, which finds God’s Son spitting some heavy rhymes.