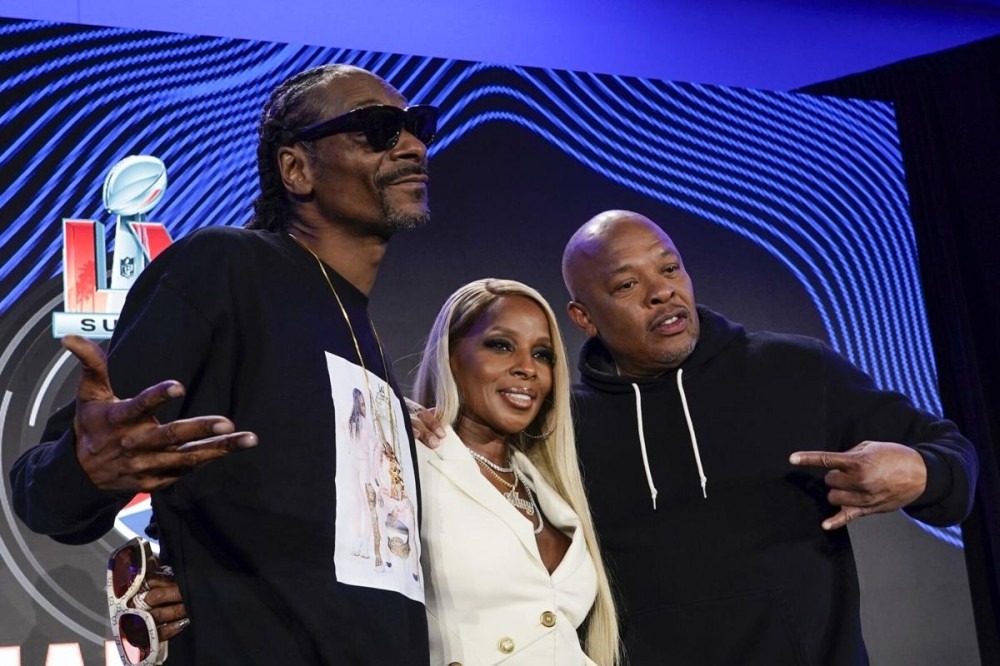 The set kicked off with Dr. Dre sitting at an enormous mixing board before “The Next Episode” kicked off sending the stadium into an uproar.

One viewer criticized the “scantily clad female dancers who belong in a strip club not on national TV.”

READ MORE: Super Bowl LVI set to include deaf rappers for the 1st time during halftime.

However, the number of complaints was down drastically from the 2020 performance that featured Jennifer Lopez and Shakira. About 1300 viewers filed complaints following their performance at Super Bowl 54.

Yahoo News reports, more than 540,000 complaints were made to the FCC when Janet Jackson suffered an infamous “wardrobe malfunction” and her breast was exposed, leading to a $550,000 fine for CBS and MTV, which was eventually dismissed.