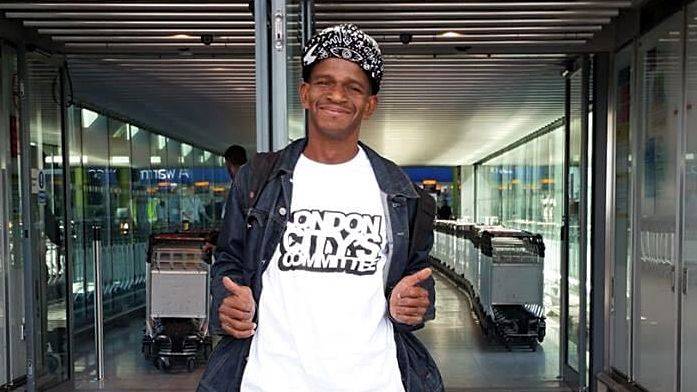 Van Silk confirmed his death in a Facebook post on Sunday (May 16), writing, “RIP TO MY BROTHER RONNIE GREEN aka CAPTAIN ROCK. Sad how we are losing our brothers & sisters. 1979 seems like it was yesterday of us chillin upstairs at Harlem World. Definitely a one of a kind brother who had a different style with his music. Please let’s not get it twisted Ronnie Green abs not judge his records was definitely a beast back then on the mic.

“Many of times we hung out at the park Foster Projects when they had the king towers tournament. Did a few parties with him. Last time we spoke was 2019 because I wanted him to perform at the 46th Anniversary of Hip Hop #SoBs He said RC I definitely will call you back. Never heard from him again!!!!! MAY HE REST IN HEAVEN.”

Captain Rock’s history in Hip Hop culture dates back to the 1970s when he DJ’ed for Dr. Jeckyll & Mr. Hyde under the moniker DJ Ronnie Green. The duo was comprised of Alonzo Brown and the late Andre Harrell, who went on to establish Uptown Records and later spearhead Motown Records. Harrell, of course, is also known for discovering Sean “Diddy” Combs.

Captain Rock was a regular at Harlem World, a club owned by Jack Taylor AKA “Fat Jack.” Taylor also owned Tayster and Rojac Records, which he ran out of Harlem World from 1979 until 1984. They recorded the late Luvbug Starski’s first single produced by David MacDonald nicknamed “Mighty Whitey.” Other acts on the label included Harlem World Crew and Lady Smiley.

Harlem World and Jack Taylor are featured in the latest issue of Wax Poetics, which talks about the impact both had on Hip Hop.

“Jack Taylor’s real contribution was discovering the rap group, Dr. Jeckyll & Mr. Hyde,” the article states. “The late Andre ‘Dr. Jeckyll’ Harrell would form Uptown Records, the label that would lay the blueprint for the fusion of R&B and Hip Hop. He would have a huge hand in the slick, soulful style that would be a trademark of the music until this day.”

Signed to NIA Records, Captain Rock dropped “Cosmic Glide” in 1982, “The Return Of Captain Rock” in 1983 and “Cosmic Blast” in 1984. After a long hiatus, he teamed up with Ol’ Skool Flava to release To The Future Shock, which included his biggest hits.

Van Silk estimates Captain Rock was around 60 at the time of his death, but no cause has been revealed. Par for the course, tributes are popping up on social media. HipHopDX sends our condolences to all those who loved Captain Rock AKA Ronnie Green.

Such sad news today – I first heard this track back in 1983, when I bought Streetsounds Electro 1 on cassette back in 1983. I have never heard anything like it at the time – the electro beats … the flow … the style …. ❤️❤️❤️https://t.co/Tst5g8Wcpd pic.twitter.com/rABuaN6hrZ

No! Not Captain Rock now?!

Oh my, such sad news about another wonderful MC. Absolutely love #CaptainRock https://t.co/G3fdQp4hVZ