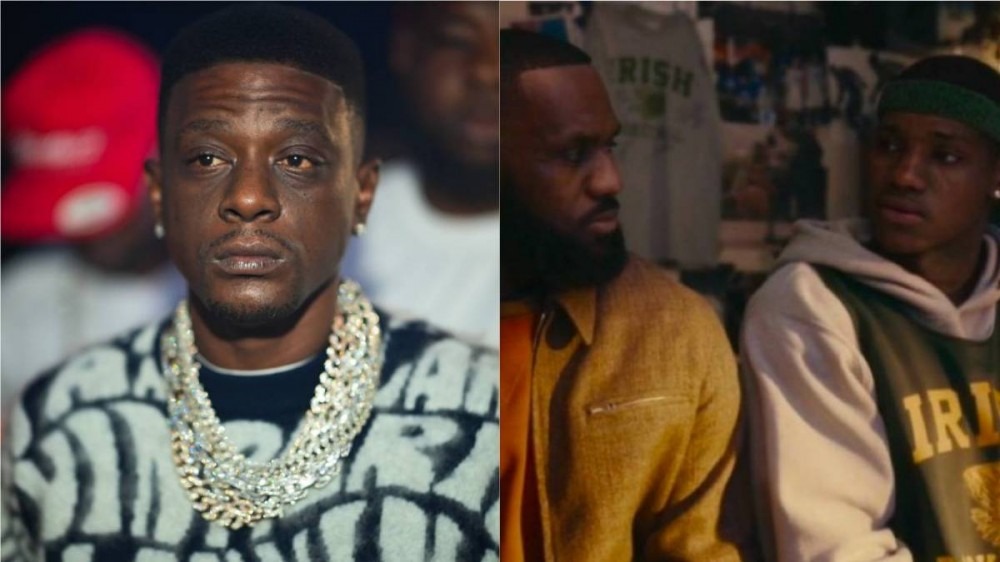 Boosie Badazz may have watched the Super Bowl and rode for Cincinnati Bengals quarterback Joe Burrow, but one of the game’s best commercials caught his attention more than a month after the game took place.

After watching LeBron James’s Crypto.com commercial directed by Calmatic where he advises a CGI version of his younger self, Boosie spent Friday (March 4) confused about how it all happened.

“How n the hell LeBron just did that dam commercial with his younger self ?” he questioned. “Im high as fuck like wtf just happened lmao TOO HARD.”

How n the hell LeBron just did that dam commercial with his younger self ?Im high as fuck like wtf just happened lmao TOO HARD

The commercial has been on repetition frequently since the Super Bowl and finds LeBron talking to a 2003 version of himself, months before he declares for the NBA draft and faces the immense pressure of being a high school basketball phenom. Soundtracked by Dr. Dre’s “The Next Episode,” the commercial concludes with Bron and his younger self chanting, “We’re going to the league!”

Getting too high has become one of Boosie’s favorite pastimes recently. In January, he tried psychedelic mushrooms for the first time, and the high was so potent the Baton Rouge rapper says he was naked at one point talking to a dog. On Thursday (March 3), he recalled the experience to DJ Vlad for one of their frequent check-ins.

“Vlad, I never been high like that in my life,” Boosie said of the trip, saying that he went to a “naked hot springs” and that he laughed for “like three, four hours straight.”

He added, “I talked to everybody in the hot springs. Bro, I was walking around the hot springs [saying] ‘my hot spring neighbors! I love you guys!’ I was just outta control bro.”

Watch the commercial with LeBron and the younger version of himself, including a making-of featurette below.