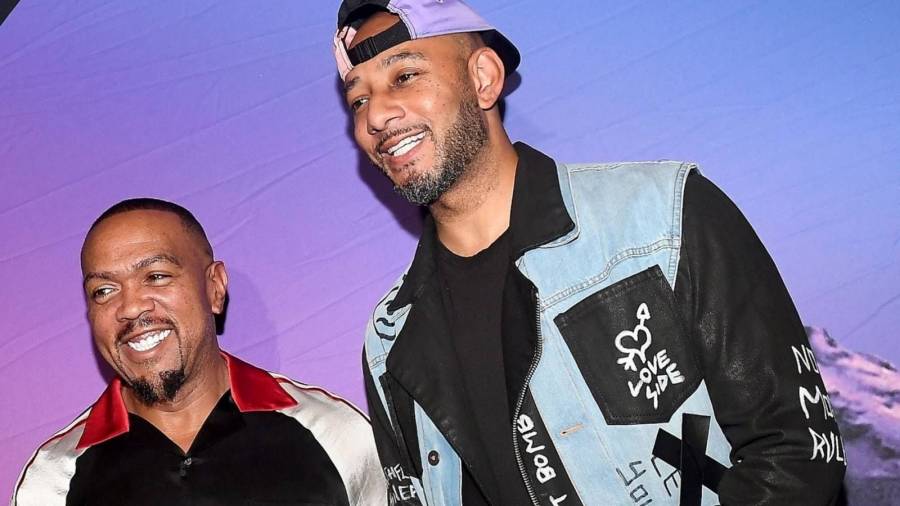 Verzuz co-masterminds Swizz Beatz and Timbaland participated in a friendly Verzuz rematch at Miami’s Club LIV on May 30. The Hip Hop heavyweights dedicated the evening to their fallen brother DMX as they sailed through some of their most celebrated hits, including Missy Elliott’s “Work It” and DMX’s “Ruff Ryders Anthem.” As the celebratory night went on, some fans wondered if they’d been drinking — heavily.

It turns out they were right. Apparently, Swizz Beatz and Timbaland had just participated in a 10 a.m. taping of Drink Champs, where guests are typically expected to indulge in as much liquor as possible to get the conversation flowing.

On Monday (June 21), someone tweeted, “When @THEREALSWIZZ and @Timbaland did their @verzuzonline episode, I thought ‘damn they’re kinda shit faced.’ Turns out they recorded an episode of @Drinkchamps with @noreaga and @djEFN at 10 am that morning of the #VERZUZ lol.”

When reached for comment, DJ EFN told HipHopDX, “I wouldn’t say [they were] trashed, but they got nice [laughs]. We all did. We had fun. It was definitely the earliest recording Drink Champs ever did.”

When @THEREALSWIZZZ and @Timbaland did their @verzuzonline episode, I thought “damn they’re kinda shit faced”.

Turns out they recorded an episode of @Drinkchamps with @noreaga and @djEFN at 10 am that morning of the #VERZUZ lol. pic.twitter.com/pKrE1bDHWI

The Timbaland and Swizz Beatz Drink Champs episode arrived roughly two weeks ago via REVOLT TV. While they discussed a bevy of topics, DMX was heavy on their minds. After all, the Ruff Ryders legend had just passed the month before and his funeral quickly followed. Swizz Beatz, who’d been riding with X since the beginning, explained why he felt compelled to call out anyone showing fake love to the late Hip Hop legend at the service.

“Even at the funeral when I said what I said, it was because of many people and many things,” Swizz explains. “I was very close to Dog up until his last days, we had just finished the record so I was current on all his events. And X only wanted love, he didn’t want money. He didn’t really care about success that much. He just wanted to ride remote control cars, drive his four-wheelers, play pool, very simple guy.

“But, it was certain people that he really wanted love from that it was hard for him to get the love from. So, when I see them people now showing up, and then, now making the day about them, I just had an energy. And I feel X came through me and made me say what I had to say.”

After Swizz Beatz and Timbo wrapped up the Drink Champs episode, they headed to the Club LIV where the celebration continued. After two hours of music, Swizz gifted Timbo with a custom airbrushed jacket featuring portraits of his frequent collaborators Aaliyah and Missy Elliott, before riding off to DMX playing in the background, tipsy indeed.

At the end of Timbaland and Swizz’s #VERZUZ, Timbaland was gifted this custom jacket of @MissyElliott and Aaliyah! 🕊 pic.twitter.com/7JDjiy9UEy