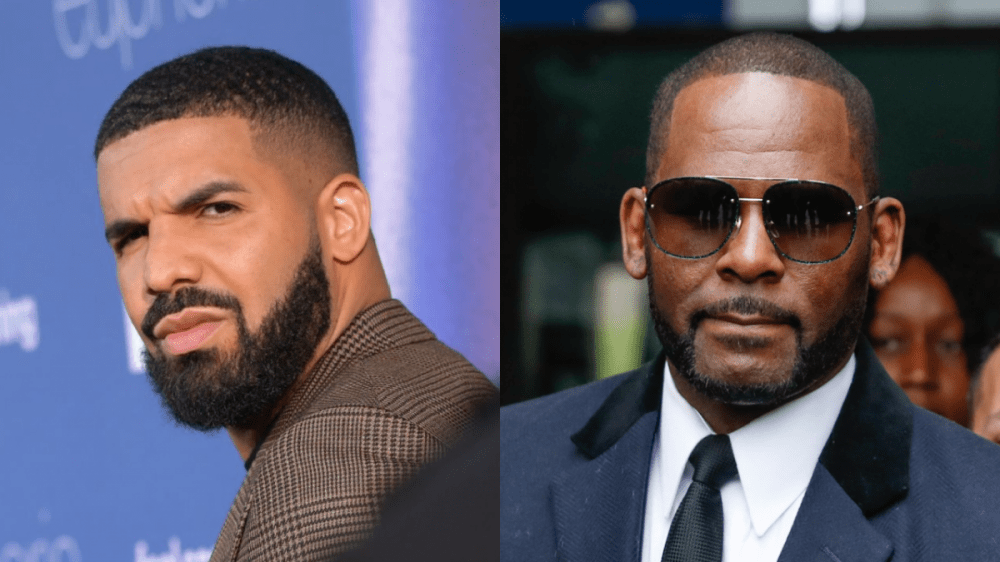 One name that’s capturing attention for all the wrong reasons, however, is R. Kelly, who is listed as a co-writer on the track “TSU.”

The shamed R&B singer is currently on trial in New York City for federal racketeering and sex trafficking charges, in addition to facing multiple sex charges in his native Chicago. His alleged sexual abuse was the subject of the 2019 documentary series Surviving R. Kelly.

As news of R. Kelly’s inclusion on Certified Lover Boy began to spread on Friday morning, questions were raised over the exact reason behind his songwriting credit.

Some fans speculated it was due to “TSU” sampling *NSYNC’s “Sailing” — a cover of Christopher Cross’ 1980 soft rock hit — which R. Kelly is rumored to have had a hand in. That explains why ex-*NSYNC member Justin Timberlake and Christopher Cross are also listed in the credits, alongside “TSU” producers Harley Arsenault, Noel Cadastre and OG Ron C.

However, the real reason, according to WhoSampled and later confirmed by Rolling Stone, is because “TSU” contains a sample of R. Kelly’s 1998 hit “Half on a Baby.” Drake’s stripper anthem samples the symphonic intro from R. Kelly’s aforementioned track, which can be heard at the 20-second mark below.

While the mystery surrounding R. Kelly’s Certified Lover Boy songwriting credit has been cleared up, the question remains over whether he’ll receive songwriting royalties from it. In other words, is Drake putting money in R. Kelly’s pocket by sampling him?

The answer appears to be yes — although how much money he’ll see exactly is unclear.

While R. Kelly claimed on his 2019 song “I Admit” that “I signed my publishing away,” recent reports suggest he still owns at least a portion of his catalog.

According to a Billboard story from August, R. Kelly has been quietly shopping around his publishing catalog to mitigate his financial problems. His catalog reportedly generates around $1.7 million per year, but it has yet to find a buyer.

Drake sampling R. Kelly on “TSU” is a curious decision not only because of the widespread disdain for the R&B singer, but because of his admiration for Aaliyah. R. Kelly married the One in a Million singer an illegal underage wedding in 1994 (Kelly was 27 at the time while Aaliyah was just 15).

Drake has a portrait of the late singer tattooed on his back and has sampled her numerous times. At one point, he was even working on a posthumous Aaliyah album, which spawned the collaborative track “Enough Said.”

Drake got a tattoo of Aaliyah
Still wishing that Drake and Aaliyah album came out but Aaliyah parents don't want it pic.twitter.com/ARlLKJj2y2

Since CLB‘s release on Friday morning, fans have been quick to express their outrage on social media over R. Kelly’s inclusion on the album. One Twitter user wrote, “People are defending this R. Kelly credit, talking about ‘it’s a sample’… okay??????

“So Drake chose to sample his work, knowing he’d have to clear it with R. Kelly, and that Kelly would get a check/royalties. He could’ve done away with the sample/track, he clearly doesn’t care.”

People are defending this R. Kelly credit, talking about “it’s a sample”… okay?????? So Drake chose to sample his work, knowing he’d have to clear it with R. Kelly, and that Kelly would get a check/royalties. He could’ve done away with the sample/track, he clearly doesn’t care. pic.twitter.com/CzOEkNjhjJ

Check out more reactions to Drake sampling R. Kelly below.

R. Kelly, while currently on trial for sexual abuse of countless Black women and girls, is going to be making money off the most anticipated album of the year thanks to Drake giving him a songwriting credit on #CertifiedLoverBoy

And that's why both #CLB and #DONDA are trash.

Drake’s Aaliyah tattoo staring at him as he samples R. Kelly: pic.twitter.com/q0ggGJV0y7

Y’all not gonna move these goalpost for Drake. He is wrong for sampling R.Kelly, period, hard stop.