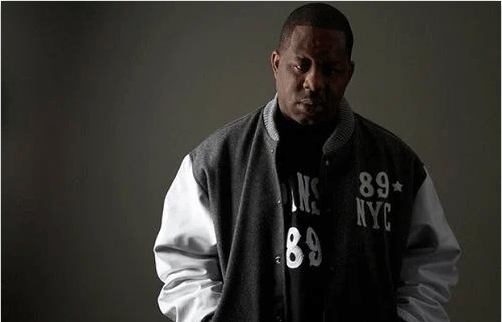 On this day in Hip-Hop history, Brand Nubian founder Maxwell Dixon a.k.a. Grand Puba, was born today in 1966.

Grand Puba made his musical debut with the group Masters of Ceremony. The group’s first album Dynamite was released in 1988 and had an excellent critical reception. However, due to the lack of sales, the group disbanded shortly after the album’s release. This was when Puba emerged as the lead emcee of Brand Nubian.

Shortly after the 1990 release of the group’s debut, genre-less album One for All (which spanned reggae to Hip Hop to new jack swing), Grand Puba again parted ways from his group and embarked on a solo career. He recorded and released two albums, Reel to Reel, in 1992 and 2000 in 1995. Reel to Reel had much commercial success peaking at #28 on the Billboard 200 and toting the #1 hit single “360 Degrees (What Goes Around).” 2000 was also a success reaching the #48 spot on the Billboard 200 and its single “I Like It (I Wanna Be Where You Are)” hitting #91 on the Billboard Hot 100 chart.

In 1997, Grand Puba returned to Brand Nubian, and the group released Foundation in 1998. This album marked the reunion of the four original members. It was the first time they appeared together since their debut. This was their most successful album as a group peaking at #59 on the Billboard 200 chart, and the single “Don’t Let It Go To Your Head” reached #53 on the Billboard Hot 100 and was their highest climbing track.

In 2001 Grand Puba released Understand This, and in 2009, he released his fourth solo album Retroactive featuring production from Q-Tip, Large Professor, and Kid Capri. Over the years, Grand Puba has worked with Beanie Sigel, Missy Elliot, Mary J. Blige, and more. He was even sampled on the hook on the 2Pac record “Old School.”

We here at The Source would like to wish Grand Puba a happy born day. May you see many more years of success and prosperity!