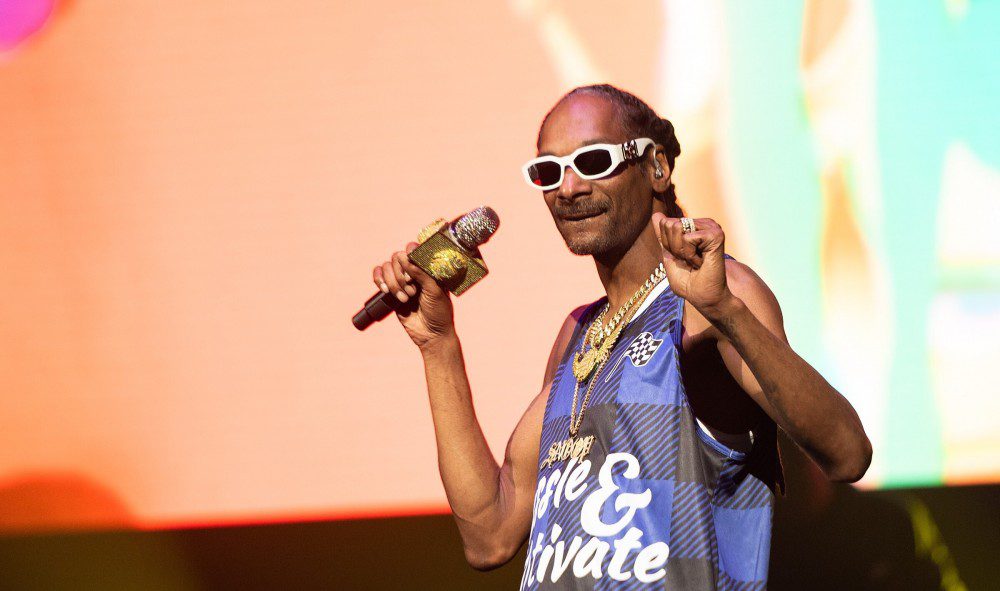 On this day in Hip Hop history, we celebrate the birth of one of Hip Hop and pop culture’s most recognizable icons, Snoop Doggy Dogg. Uncle Snoop was born Cordozar Calvin Broadus, Jr. in Long Beach, California in 1971. Since then he has risen to become a household name in Hip Hop. His image and style are synonymous with the West Coast and his name will forever stand among the Pantheon of legends who helped shape Hip Hop culture.

Over his 22 (and counting) album career, Snoop has always played close attention to visuals. With every album, Snoop has put together a theatrical representation of his G-Funk sound. In honor of his born day, we have compiled a list of the ten best videos from his 24-year career.

In the streets of Los Angeles, African-Americans and Latinos have never really seen eye-to-eye. Due to the immense gang culture of this southern California metropolitan area, the two races have been at odds. With this video, Snoop and Chicano gangsta rapper B-Real come together to try and ease some of that racial tension. The video was directed by Phillip G. Atwell and premiered on BET on August 30, 2006. An animated version was also released in the following month.

In 2013, Snoop Dogg amused the pseudonym Snoopzilla, teamed up with LA-based producer DāM-FunK, and became a part of the prolific synth-heavy G-Funk group 7 Days of Funk. The video for “Faden Away” has a very retro feel, reminiscent of the years when funk monopolized the airwaves. Directed by Henry DeMaio, the visuals serve as a funkadelic time machine taking viewers back to a good old fashion house party and is a part of a series.

Possible Snoop’s most popular song of the decade, “Drop It Like It’s Hot”‘s simplistic black and white color scheme that perfectly complements the track’s crisp production and smooth lyrics. Directed by Paul Hunter, the video consists of cameos from Terry Kennedy, Lauren London, Neptunes producer Chad Hugo, and Pusha T. In 2005 the video won a MOBO Award for Best Video.

As another release from 7 Days of Funk, “High With Me” takes a unique twist on the conventional music video. Instead of just directing a single video and releasing it per usual, the duo decided to hold a contest and let the fans decide visual would represent the track. The winner was a green screen psychedelic adventure featuring the group’s two members. The runner-up is also posted below.

As the first single off of Snoop’s ninth album, “Sexual Eruption” (or the censored “Sexual Seduction”) introduced the world to a Snoop Dogg catered to the grown and sexy. This groovy soul-inspired came with a video straight out of the Blaxploitation era. Directed by Melina and Steven Johnson, the video features Snoop in a Bootsy Collins-ish glam rock outfit holding a keytar while using a voice box, pure nostalgia.

As the first single of his thirteenth album, Snoop again revisits his soulful funky roots and brings together another hit with former label-mate Uncle Charlie Wilson. Directed by Aramis Isreal and Hannah Lux Davis, the visuals are an evolution of his past retro style 70’s inspired videos. Using more CGI and green screen effects allows this video to be both a walk down memory lane and an example of what technology is capable of. Prior to the actual video release, there was a computer-animated lyric video directed by Wolf & Crow.

As Snoop Doggy Dogg’s debut single, “Who Am I” is simply a perfect introduction to one of the game’s most promising rising stars at the time. Directed by Fab Five Freddy, this video was one of the earliest to utilize CGI as the main plot point. In the video, Snoop and his cohorts have the ability to anamorph in a pack of dogs (with Snoop being a Doberman of course) running amok around Long Beach.

Shot on location in Rio de Janeiro, Brazil. Directed by Chris Robinson and produced by Renata Chuquer, the video loosely tells the story of Snoop Dogg falling for a local woman while away on a vacation. This video could double as a travel video, showcasing some of Brazil’s most beautiful tourist attractions including the Escadaria Selarón in the gorgeous Lapa district,  a 1920’s mansion in Parque Lage, and the Copacabana.

Since the beginning of his career, Snoop Dogg has been deeply interested in the dark supernatural world. He has starred in and produced multiple horror films and has always kept a tone of evil quietly brewing beneath the majority of his work. The start of that trend came with the release of “Murder was the Case” in 1994. The song and video both spin the tale of Snoop Dogg being shot down in a drive-by and coming back to life after making a deal with the devil. As a part of this bargain, Snoop becomes a famous rapper but eventually turns his back on Satan, landing him in prison for not holding his end of the promise. The single also inspired a short film directed by Dr. Dre and Fab Five Freddy going into full detail about the story narrated in the single.

From everyone here at The Source Magazine and TheSource.com, Happy C-Day Uncle Snoop. May you see many more years of ridiculous success, fame, and fortune.