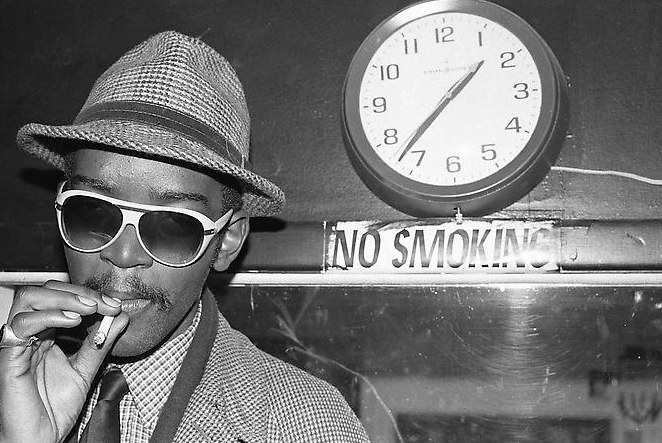 What dictates cool? Originality, tenacity, courage, creativity?  Is it the will to stand alone beside your own thoughts and ideas or simply just being the first and fliest to ever do”it”? Whatever the definition may be, Bedford-Stuyvesant’s own Fab Five Freddy was its embodiment throughout the ’80s and ’90s. As the host of Hip Hop’s most important TV show Yo! MTV Raps! Fab Five Freddy brought Hip Hop culture to the living rooms of millions of Americans and thousands abroad. Through the sheer exposure alone, Fab Five Freddy turned Hip Hop from an underground subculture to the dominating force of a blooming international popular culture.

For a long time, Yo! MTV Raps! was Hip Hop’s grandest stage. It was the Soul Train for the 80s generation and paved the way for shows like TRL and 106 & Park. As its host, Fab Five Freddy was the public’s ambassador to a new and exploding scene. Some of the most historical moments of the culture happened behind Fab Five Freddy’s microphone, and in honor of his born day here is a list of some of the most memorable.

As one of the first to ever interview the Wu-Tang Clan, Fab Five Freddy shows his finesse in introducing one of Hip Hop’s strongest powerhouses of all time.

In 1989 The Grammy’s awarded their first Hip hop Grammy to DJ Jazzy Jeff & The Fresh Prince for “Parents Just Don’t Understand,” What could have been a huge moment for Hip Hop culture was turned into a farce. Although the award was given out, the Grammys refused to televise the reception speech. This discrimination outraged the rap community and caused a widespread anti-Grammy campaign to get underway. Fab Five Freddy was actually on the scene and able to get a short interview with The Fresh Prince and Jazzy Jeff about the incident that can be seen in full here.

In one of 2Pac‘s earliest interviews, Fab Five Freddy gets a chance to pick the brain of a young man who would grow to become one of the most influential figures in Hip Hop.

Leaders of the New School Break Up

In one of the tensest interviews ever conducted on Yo! MTV Raps, one of New York’s brightest groups, completely self-destructed on screen. Leaders of the New School had already been under scrutiny with rumors of standout Busta Rhymes looking to venture onto a solo career.  What started as a normal interview broke apart into the group stepping off-camera to have a heated discussion. When the pow-wow finally broke up, Busta Rhymes apologized for the group’s actions, concluding the interview. The group officially announced its parting ways in the week following the interview.

In 1995 MTV decided to pull the plug on Yo! MTV Raps. What resulted was one of television’s greatest show finales of all time. With a cypher featuring Rakim, MC Serch, Erick Sermon, Chubb Rock, and a few other legends, Yo! MTV Raps bid a fond farewell to the fans and supporters that tuned in day after day for their daily dose of Hip Hop culture.