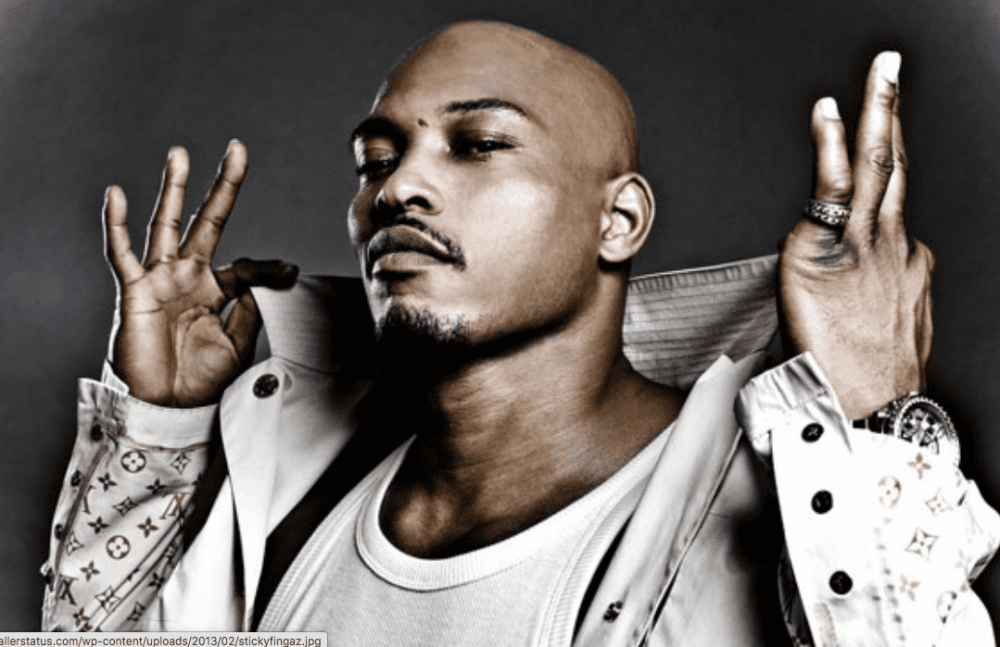 On this day in Hip Hop history, Kirk Jones bka Sticky Fingaz was born in Brooklyn, New York. Known as the frontman for the trailblazing rap group Onyx and various appearances on screen and television, Sticky Fingaz has worked his way into being a distinguished part of hip hop culture.

With Onyx, Jones became a huge success. The group’s debut album Bacdafucup had huge commercial success and went multi-platinum. Since the multiplatinum debut, the group has released four other albums. Jones also released two albums as a solo artist titled Black Trash: The Autobiography of Kirk Jones and “Decade ‘…but wait it gets worse’” featuring artists such as Eminem, Raekwon, Redman, Canibus, and Omar Epps. He was also featured on Eminem’s Marshall Mathers LP and Snoop Dogg’s No Limit Top Dogg.

As an actor, Jones has been very successful over the years. He has had roles in many movies that have played a big part in hip-hop culture and others that have become household names. For Sticky’s born day, we here at TheSource.com have compiled a list the top five roles that he has been casted in:

Scientific: In 1995 Jones was cast as Scientific in the Spike Lee Joint Clockers about a street-level drug dealer who becomes entangled in a murder investigation.

Tyrone: In 2000, Jones was casted as Deebo’s sidekick Tyrone in cult classic Next Friday.

Blade: In 2006, Jones was cast as the lead, Blade, in the Spike Television rendition of the infamous Marvel antihero. The show ran 13 episodes.

Wink: In 2007, Jones was casted as Wink in the very popular video game ‘Def Jam: Icon’. His character had a huge role in the plot line of the video game’s story mode.

On behalf of myself and everyone here at The Source, we’d like to wish Kirk Jones a Happy Bornday, may your career be long and prosperous.