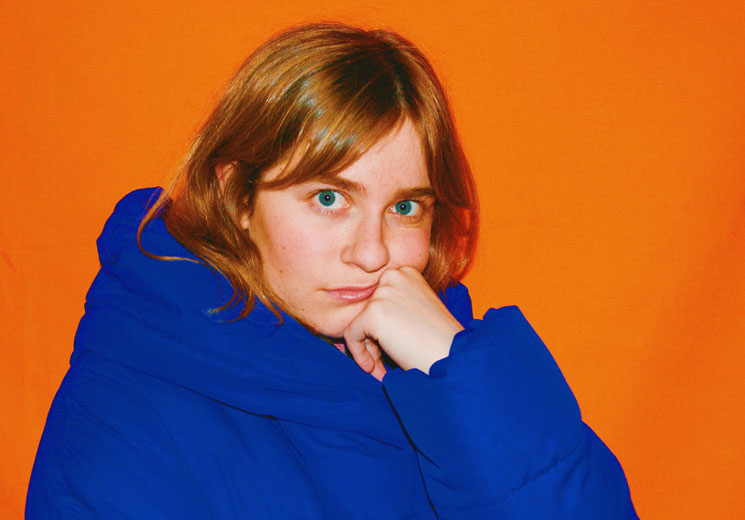 "I like to keep it real," Vancouver-based musician and YouTube creator Haley Blais tells Exclaim! Blais' candidness, which shines through on her vlog and in her music, including her new EP Let Yourself Go, is not in bad taste. Blais' honesty comes from her earnest desire to connect.

Five years ago, during a period she characterizes as "a lonely time," Blais started vlogging. "I can't remember what my thought process was, but suddenly I was just on it," she says. On her YouTube channel, the 23-year-old talks about her life — "What I eat in a day *vegan* *extreme budget*" and "My S.A.D. morning routine" are two video titles — with a relaxed confidence. Blais, who took classical voice lessons for ten years, also performs covers songs by the likes Big Thief, Fleetwood Mac, and David Bowie. After a year or so on YouTube, Blais began releasing original songs, lo-fi home recordings, on Bandcamp and posting low budget music videos to her channel. Today she has amassed over 155,000 YouTube subscribers.

"A lot people, they'll be on YouTube for a few months and then suddenly have so many subscribers because the YouTube algorithm and they're playing by all the rules how to get views," she explains. "But I really wanted to take my time with it and see how organically I could do it without being disingenuous in my content. It has taken me some time to build the viewership, but I feel like it's a loyal subscriber base because how meticulously I've been growing it."

Let Yourself Go is Blais' most polished release to date. Alongside new tracks, Blais took some her demos and brought them to life with the help bandmates Trevor Lang and Brennan Doyle. The EP's five sharp pop tracks match the bold colours her album art, an aesthetic Blais refers to as "French textbook from the '90s," while lyrically, Blais is confessional, meditating on growing up and her struggles with self-confidence.

"Things in my life have allowed me to be able to express myself easier now. I wanted to exercise that part me that I haven't really done before," she says.

"The more relatable I can be, I think the better people connect," Blais adds. "I only recently started writing music from a really personal experience. I used to mostly write based f stories that I made up in my head, but I think only in the last year or so, I really have been digging deep and that's kind what this EP is. It's more personal than I've ever been."

To let yourself go holds two meanings: As Blais explores in the EP's title track, the phrase is linked to body shaming and can imply that someone's appearance has declined. Alternatively, the expression, like what Blais is doing, means to enjoy yourself; to be open to feeling genuine emotions and to revel in that.

"I feel good about myself," Blais says. "I'm never really hesitant about my persona or how people perceive me online. I think I'm a pretty confidant person overall. I feel like in the way I've presented myself, people get how genuine it is. I think that that's important for youth to see these days. I think it's really important to showcase, if you can, a genuine soul."

Let Yourself Go will be independently released on April 7.